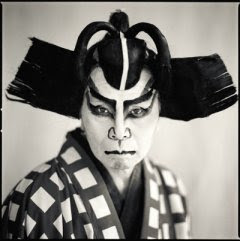 No sooner did Allawi hire Barbour Griffith two weeks ago than congressional staffers said they began to be bombarded with e-mails from Allawi (from an Internet domain registered by the lobbying firm) featuring news stories that depict the Maliki government as hopelessly deadlocked and riddled by sectarian militias. “All the e-mails make the Iraqi government look bad,” said one congressional staffer who asked not to be publicly identified talking about the Iraq issues.

The e-mails included an Allawi-drafted "Six Point Plan for Iraq," which outlines various steps the former Iraqi leader would pursue if he were returned to power in Baghdad. Among the more controversial recommendations in the plan are suggestions that a "State of Emergency" be declared for up to 2-3 years "until security is restored." The plan flatly recommends that the current Iraqi government be removed "through Parliamentary means" because the "sectarian politics of the Maliki Government ... are destroying Iraq."

Documents filed by Barbour Griffith with Justice show that Blackwill personally signed the firm’s contract with Allawi on Aug. 20, stating that he will “lead the team” that will assist “Dr. Allawi and his moderate Iraqi colleagues as they undertake this work.”

In light of Blackwill’s close ties to Bush White House policymakers, his role has lead to speculation that the retention of Barbour Griffith was a move at least implicitly endorsed, if not encouraged, by some elements of the administration that are fed up with Maliki. [Yah think? --- ed.] While the White House has been critical of Maliki, they maintain official support for his government and have had no comment on Allawi’s campaign.

But as described by Allawi, the arrangement may also have been part of an aggressive campaign by Barbour Griffith to solicit lucrative foreign business.

Blackwill himself has not returned phone calls since news of the contract surfaced. Allawi, in an interview Wednesday with NEWSWEEK conducted by telephone from Amman, indicated that Blackwill—whom he described as a “dear friend”—was the one who actually raised the idea that the former Iraqi prime minister hire the firm during a recent lunch the two of them had in Europe.

“He contacted me,” Allawi said. “We were having lunch … He spoke to me and he said … there is a vacuum in Washington, and we will be able to help and assist. We know your views. We know the views of your people and we are ready to help in getting your message across to the United States.”

Officials familiar with U.S. and U.K. intelligence activities denied that either British or American agencies had any connection to Allawi's recent hiring of Washington lobbyists or his current campaign to depose the Iraqi government and replace Prime Minister Nuri al-Maliki. Any suggestion of CIA support for Allawi's current lobbying activities is "ludicrous," a U.S. intelligence official said. A British official said that M.I.6 officials "distanced themselves" from Allawi several years ago.

This is just plain insulting. We are really supposed to believe that all this dump Maliki and install Allawi talk being orchestrated by a top GOP lobbying firm isn't a Bush administration operation? It's just all a big coincidence?

Atrios has been blogging today about the latest by Bush tool David Ignatius, whose collected works during the past seven years make a good case study in toadyism and intellectual bankruptcy. But Matt Yglesias dredged up this Ignatius blast from the past that speaks directly to the very crude kabuki the administration is staging:

The paradox of Bush is that when you examine his actual policies in Iraq over the past six months, they appear to reflect precisely the sort of learning from experience that the president refuses publicly to acknowledge. The key architect of Iraq policy today is probably Robert Blackwill, a thoughtful former diplomat who serves on the staff of the National Security Council -- not the neoconservatives in the Pentagon such as Paul Wolfowitz, who urged the president to war. Wolfowitz's idealism has been replaced by Blackwill's calculating pragmatism, at least for the moment.

Right. The moment passed. That was in 2004. But times have changed. Now that he's working for big bucks at Haley Barbour's high powered lobbying firm, the white house has outsourced Blackwill's "pragmatic"view to the private sector to do their dirty work. After all, Blackwill approached his good friend Iyad, not the other way around.

The pragmatic view, of course, is that we need a "strongman" to fix things in Iraq. Like Saddam, only with bases. It makes you proud to be an American doesn't it?


*And, by the way, can someone please explain to me why Clinton and Levin jumped on the dump Maliki bandwagon? This campaign is clearly being orchestrated by the White House. It strikes me as a either a major error in judgment or something much more nefarious --- a signal that the Dems are backing this coup. Am I missing something?