Such funny guys, especially with the death threats and all:

“If I could issue hunting permits, I would officially declare today opening day for liberals. The season would extend through November 2 and have no limits on how many taken as we desperately need to “thin” the herd.”

He later said he meant to "thin the herd" with votes, not bullets and that he just hit the send button to early and then just left it there because he didn't think anyone would take it seriously. That's nice.

But the truth is that this is a very old joke, which I'm sure this numbskull has seen: 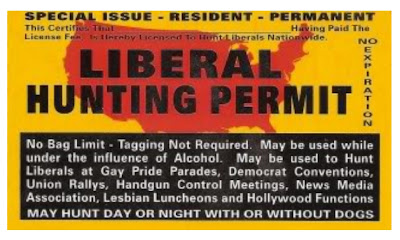 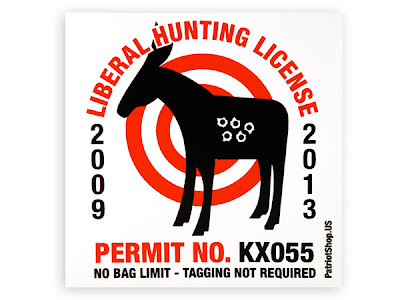 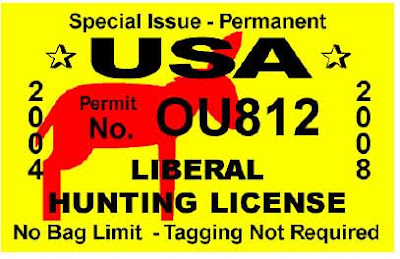 Here is the story of some of these adorable jokes, but the first "Liberal Hunting Permit" shown above has been around for years. These are the kind of things they sell CPAC every year. It's perfectly common right wing rhetoric.