After-birthers running through the fever swamps

After-birthers running through the fever swamps

I'm so sick of this birther BS that I can hardly stand it. But since the right wingers seem to be ratcheting up the crazy on this, I guess it's necessary to at least bring attention to the aggressively stupid nonsense that's out there. Here's Media Matters:

A lot of attention is being paid to last night's Follow The Money on Fox Business Network, during which host Eric Bolling and crew had themselves an extended wallow in the birther swamp, in spite of the release of Obama's birth certificate, and in spite of Fox News' Shep Smith exhorting the media to "just freaking stop it."

Monica Crowley was on Bolling's panel and she eschewed the spittle-flecked lunacy of co-panelist Pamela Geller, instead going for a more high-brow justification of birtherism, bringing up the question of whether Obama qualifies as a "natural-born citizen".

Gateway pundit Jim Hoft is full-on on the kerning watch, with charts and graphs and Youtubes like this "proving" that the birth certificate is a fake:

And this "expert" opinion: 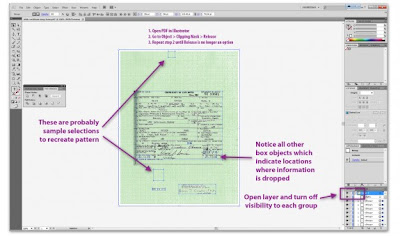 And he also flogs Monica Crowley's nitwit garbage about Obama not being a "natural born citizen":

Finally, also wanted to make the point that regardless of where Obama is born, he’s still not a Natural Born Citizen since both parents were not born on U.S. soil but I won’t hold my breath waiting for the media to educate the public on this fact.

This has been floating around the fever swamp since 2007, when the morons suddenly caught up with the fact that McCain was born in Panama, so he "must be born on American soil" part of their argument got dicey. So, they came up with a few other back-up theories to prove that Obama couldn't possibly be legitimately elected to the White House.

The first was the "natural born parents" theory, which is obviously just made up fantasy since seven former presidents had parents of foreign birth, including one of the founders:
And needless to say, unless the 14th Amendment has been repealed when I wasn't looking, this whole argument is utter nonsense since Obama was born in America.

US v. WONG KIM ARK (1898)- the 14th Amendment guaranteed citizenship to all persons born in the United States, regardless of their ethnic heritage

The foregoing considerations and authorities irresistibly lead us to these conclusions: The fourteenth amendment affirms the ancient and fundamental rule of citizenship by birth within the territory, in the allegiance and under the protection of the country, including all children here born of resident aliens, with the exceptions or qualifications (as old as the rule itself) of children of foreign sovereigns or their ministers, or born on foreign public ships, or of enemies within and during a hostile occupation of part of our territory, and with the single additional exception of children of members of the Indian tribes owing direct allegiance to their several tribes. The amendment, in clear words and in manifest intent, includes the children born within the territory of the United States of all other persons, of whatever race or color, domiciled within the United States. Every citizen or subject of another country, while domiciled here, is within the allegiance and the protection, and consequently subject to the jurisdiction, of the United States. His allegiance to the United States is direct and immediate, and, although but local and temporary, continuing only so long as he remains within our territory, is yet, in the words of Lord Coke in Calvin’s Case, 7 Coke, 6a, ‘strong enough to make a natural subject, for, if he hath issue here, that issue is a natural-born subject’; and his child, as said by Mr. Binney in his essay before quoted, ‘If born in the country, is as much a citizen as the natural-born child of a citizen, and by operation of the same principle.’

To hold that the fourteenth amendment of the constitution excludes from citizenship the children born in the United States of citizens or subjects of other countries, would be to deny citizenship to thousands of persons of English, Scotch, Irish, German, or other European parentage, who have always been considered and treated as citizens of the United States.


Another stupid right wing trope is that Obama couldn't possibly be an American because his mother was only 18 and therefore hadn't fulfilled the citizenship requirements that would allow her to confer citizenship on her son if his father was another nationality. (Look it up --- it's too dumb to even try to explain.)

I'm sure there are other theories about the "usurpation" I haven't run across. But the fact that there are so many proves that these people are determined to find a way to defend their primitive belief that this man is not a legally elected president. And that belief lies in their fundamental, bedrock definition of what constitutes a Real American -- a white, Christian conservative. There's no way they will ever be able to reconcile the idea that a black Democrat could legitimately represent a majority the American people. Clearly, they will rewrite history and the constitution if they have to in order to make that case.