Why you ... you want to punish success! by @BloggersRUs

Why you ... you want to punish success!

I wanted to follow up on Steve Fraser's comments to Bill Moyers. Fraser is wondering when people in this new Gilded Age age will rise up to oppose the robber barons, as our forebears did 100 years ago. He spoke of how, out of the social upheavals that ended the Gilded Age, Americans created a social safety net, a "civilized capitalism that protects people against the worst vicissitudes of the free market." But the wealth worshipers of the second Gilded Age have shredded it, and an even deeper, more pervasive corruption has overtaken Washington, and with a direct line to Wall Street:

It is the consummate all embracing expression of the triumph of the free market ideology as the synonym for freedom. In other words, it used to be you could talk about freedom and the free market as distinct notions. Now, and for some time, since the age of Reagan began free market capitalism and freedom are conflated. They are completely married to each other. And we have, as a culture, bought into that idea. It's part of what I mean when I say the attenuating of any alternatives.

That is, TINA. (There Is No Alternative.) Yet that's just what many jobless Millennials are searching for.

"It is axiomatic in our current political culture," says Fraser, "that when we say freedom we mean capitalism." I would add, that when we say capitalism, we mean, principally, one particular style for organizing a business: the modern corporation.

What Milton Friedman called capitalism in 1962 looks more like an economic cult today. Question the basic assumptions behind corporate capitalism, publicly point out its shortcomings and suggest we are overdue for an upgrade, and the Chamber of Commerce practically bursts through the door like the Spanish Inquisition to accuse you of communism and heresy. Why you ... you want to punish success! It’s weirdly reflexive and a mite hysterical. What their blind fealty and knee-jerk defense of this one particular style for organizing a capitalist enterprise says about them, I'll leave for now. It suffices to say I find it rather peculiar.

We think we invented capitalism. Yet there have been "capitalist acts between consenting adults"* since before Hammurabi. We don’t call one capitalist enterprise the world’s oldest profession for nothing. There’s a restaurant in China that has been in operation for nearly 1000 years. And pubs in England that have been in business for 900. All without being incorporated in Delaware or the Cayman Islands. (Communists?)

The fetish for the current economic model isn't about money or ideology, but, like The Matrix, about control. For some and not for others. Working people in the first Gilded Age, says Fraser, "summoned up a kind of political will and the political imagination" to civilize capitalism," to say to themselves, "we are not fated to live this way." 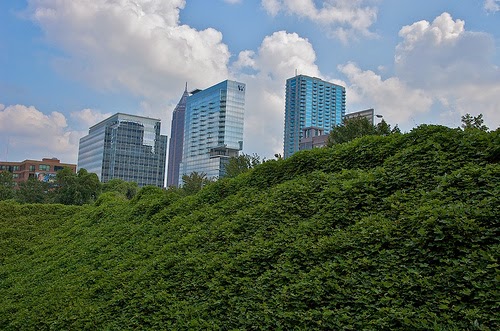 Now, corporate capitalism is pretty successful at what it does. But then, so is kudzu, another invasive species. I used to live on the edge of a field of kudzu. In the summer, I had to cut it back with a machete each week to keep it from taking over my yard and eating my house. On those hot, summer afternoons, not once did a passing neighbor wag a finger in my face and accuse me of "punishing success."

Corporate capitalism has become an invasive species that has taken over government of, by, and for the People. Sen. Elizabeth Warren very publicly called out one such creeping pest recently. She suggested it was time we cut it back. She's right.

We upgrade our hardware and software every couple of years. When was the last time capitalism got a new operating system? And what might that look like?