Bringing back the nightmares by @BloggersRUs

Bringing back the nightmares

Matthew Yglesias yesterday reminded us of how just a dozen short years ago Donald Rumsfeld took time out from overseeing Moe, Larry, and Curly in Baghdad to send this memo to Undersecretary of Defense Doug Feith. Rummy had a few extra things he needed Doug to clean up for him: 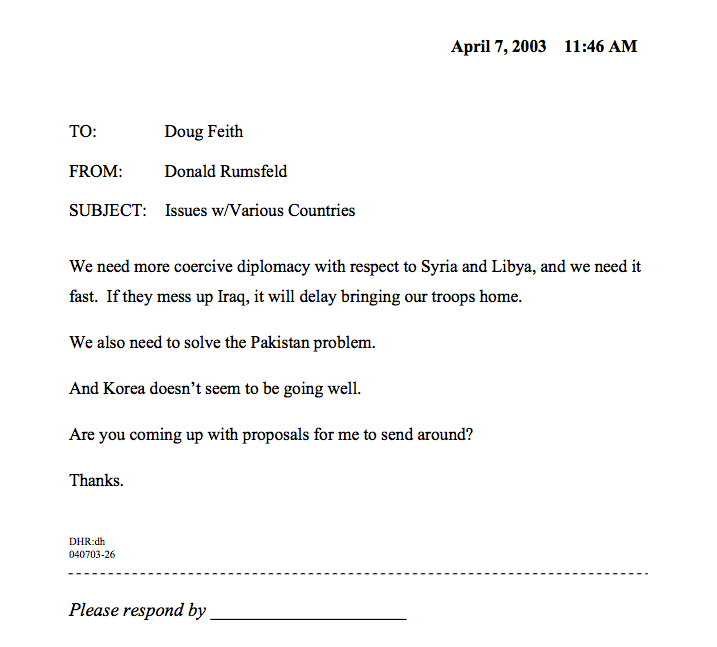 The first time I recall seeing Feith's name was in a Salon expose a year later on the Pentagon's Office of Special Plans. Feith, described as "a case study in how not to run a large organization," and OSP stovepiped raw intelligence to Vice President Dick Cheney's office for use in building a public case for the Iraq invasion. Gen. Tommy Franks was less kind in his assessment of Feith.

Where are they now? Still waiting for the “sweets and flowers,” are they?