Ben, I just want to say one word to you. Water. by @BloggersRUs

Ben, I just want to say one word to you. Water. 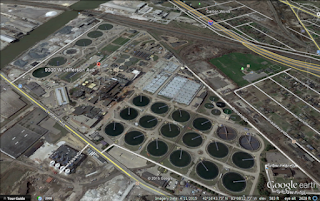 The United States used to be the subject of Michael Moore documentaries. Now we are living in one. Moore was in his home town of Flint, Michigan yesterday to protest the contamination of the city's water with lead:

FLINT, MI -- Filmmaker Michael Moore accused Gov. Rick Snyder of poisoning Flint water in a rally here today, Jan. 16, and called again for the U.S. attorney general to investigate the governor for what he called crimes against the city.

"I am standing in the middle of a crime scene ...," Moore said. "Ten people have been killed ... because of a decision to save money."

Yesterday, President Barack Obama declared a federal emergency in Flint, freeing federal dollars to help "save lives and to protect property and public health and safety, and to lessen or avert the threat of a catastrophe in Genesee County."

There is a long backstory to this situation. Wouldn't you know, as Moore said, it involves money.

Before the credits roll for The Big Short, the screen goes black and a series of "where are they now" statements about the protagonists appears as an epilogue, including this one:

Michael Burry contacted the government several times to see
if anyone wanted to interview him to find out how he knew the
system would collapse years before anyone else. No one ever
returned his calls. But he was audited four times and
questioned by the FBI. The small investing he still does is
all focused on one commodity: water.

That raised my eyebrows. I'll get to why later. It also raised eyebrows at Barrons, Business Insider, and investor sites. Burry (played on film by Christian Bale) gave an interview to New York Magazine:

The last line of the movie, printed on a placard, is “Michael Burry is focusing all of his trading on one commodity: Water.” It sounds very ominous. Can you describe this position to me? Fundamentally, I started looking at investments in water about 15 years ago. Fresh, clean water cannot be taken for granted. And it is not — water is political, and litigious. Transporting water is impractical for both political and physical reasons, so buying up water rights did not make a lot of sense to me, unless I was pursuing a greater fool theory of investment — which was not my intention. What became clear to me is that food is the way to invest in water. That is, grow food in water-rich areas and transport it for sale in water-poor areas. This is the method for redistributing water that is least contentious, and ultimately it can be profitable, which will ensure that this redistribution is sustainable. A bottle of wine takes over 400 bottles of water to produce — the water embedded in food is what I found interesting.

Burry's approach sounds relatively benign. Relative, that is, to the the approach of multinationals investing in water, as I wrote in 2014:

Privatizing water supplies is a growth industry. Whether it's American Water, Aqua America, Suez, Veolia Water, or Nestle, private water companies are competing to lock up water resources and public water systems. If not for you, for the fracking industry. As with charter schools and vouchers in public education, public-private partnerships are one of business' favorite tactics for getting this particular camel's nose under the tent.

When Michigan Gov. Rick Snyder's emergency manager took charge in Detroit this year, it was no accident that the first public infrastructure up for sale was its water and sewer system. They began by shutting off water to thousands of poor residents behind on their bills. Local activist Maureen Taylor told the Netroots Nation conference in July [timestamp 1:08:45], “This monstrous thing that’s going on in Detroit ... beyond demonic ... You gotta leave here changed! ... Water is a human right.”

But that's not how the investor class sees it. They see water as an asset capable of producing reliable returns. It is like public education and health care that way. People have to have it. People will pay for it. Investors just have to wrest control of the supply and the distribution from public entities. As Naomi Klein suggested, sometimes that involves taking advantage of a disaster, or creating one. With Detroit's bankruptcy and Emergency Manager Kevyn Orr, it was a little bit of both:

Detroit's Water and Sewage Department provides water service to the city and eight suburban counties that account for 40 percent of Michigan's population.

In a June 14 proposal to the city's creditors, Orr said he hoped to spin off the water and sewer services into an independent authority.

Independent authority is step one on the way to full privatization. Sally Kohn wrote in July 2014:

Why would any city want to privatize its water system? A report by Corporate Accountability International (CAI) shows that water privatization fairly universally leads to higher prices for cities and consumers and, in many cases, decreased efficiencies. In fact, the track record for water privatization is so abysmal that CAI found more than 20 American cities that had once privatized their water have taken back control of their systems since 2002. If water privatization is bad for the city of Detroit and its residents, who is it good for? Corporations. Which is where the state’s interest comes in.

City agencies and entire school districts have been outsourced or privatized; public employees have been laid off in droves; municipalities have sold off vast swaths of public land; and city employee unions have seen their contracts whittled down to nothing. All of this was accomplished in the space of three and a half years. Michigan’s Emergency Manager system is what made it possible.

Two years later, here we are:

LANSING President Barack Obama on Saturday declared a federal emergency in Flint, freeing up to $5 million in federal aid to immediately assist with the public health crisis, but he denied Gov. Rick Snyder's request for a disaster declaration.

A disaster declaration would have made larger amounts of federal funding available more quickly to help Flint residents whose drinking water is contaminated with lead. But under federal law, only natural disasters such as hurricanes and floods are eligible for disaster declarations, federal and state officials said. The lead contamination of Flint's drinking water is a manmade catastrophe.

Okay, it is not immediately clear exactly how the decision to switch Flint's water source from Lake Huron to the Flint River makes somebody money. But given the history, you can smell it. North Carolina has been trying to get control of our local water system since our former ALEC state legislator rammed through a piece of legislation to forcibly take it. (The attempt to get control of Charlotte's airport failed.) That is still in the courts. Even a local Republican wrote an op-ed declaring the effort to "study" the issue was "more like somebody casing a bank," trying to figure out how to rob it without getting caught. In the end, it's always about the money. It changes people.

Towards the end of The Big Short, conflicted and angry hedge fund manager Mark Baum (Steve Carell) is finally breaking down to his wife over his brother's suicide:

MARK
Before... my brother... committed
suicide... when he told me he was
having bad thoughts... My first
response was... to offer him some
money. My brother was in pain. Real
pain. And I offered him... money.

CYNTHIA
You tried to help. There’s no
perfect way...

MARK
All this greed in the world. Maybe
I’m not so above it. Maybe I’m part
of it. And it’s changed me. Changed
me into a person who’s not able to
reach out to someone who’s hurting
without money being a part of it.

Update: Changed a line to clarify that the backstory, as Michael Moore said, involves money.