An "existential sense of betrayal" by @BloggersRUs

An "existential sense of betrayal" 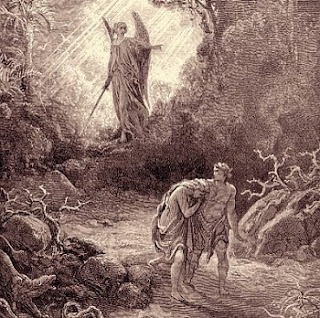 Democratic leaders have finally figured out that "The Bern" has "tapped into the zeitgeist of college-age voters, a key demographic for the party in a presidential election year," Politico reported yesterday. In spite of Hillary Clinton's momentum coming out of her Nevada caucuses win on Saturday, Sanders' unexpected strength and fundraising ability has Democrats studying his message and trying to figure out how to incorporate it into their own:

... Democrats, particularly in the House, are actively strategizing about how they can reach the young, white voters who propelled Sanders to victory in New Hampshire and a near win in Iowa. And if Sanders can rocket out of obscurity to challenge a political heavyweight like Clinton, they admit it would be wise for Democrats to try and incorporate his most successful messages.

Still, the progressive love for Sanders is something of a catch-22 for House Democrats. The majority of Democrats in the House are liberal but the party needs to win support from blue collar and moderate voters to retake seats in swing districts.

The catch is that Donald Trump himself is doing a pretty good job of appealing to blue collar workers. So while they are at it, the DCCC brain trust might want to examine Trump's message as well. The xenophobia and racism is so flagrant and offensive that they might be missing deeper cues. National Review contributor J.D. Vance took up that task for USA Today:

What unites Trump’s voters is a sense of alienation from America’s wealthy and powerful. People with Ivy League degrees lord over our business and political institutions, yet literally zero graduates of my high school class attended an Ivy League undergraduate college. People in my hometown voted for President Reagan — for many, like my grandpa, he was their first Republican — because he promised that tax cuts would bring higher wages and new jobs. It seemed he was right, so we voted for the next Republican promising tax cuts and job creation, George W. Bush. He wasn’t right. We’ve seen little in the way of higher wages in nearly 20 years.

Politicians of both parties told us that free trade with Asia and Latin America would spur economic growth, and maybe it did somewhere else. In our towns, though, factories continue shutting down or moving overseas. We might have sympathy for the Mexican immigrant trying to make a better life for his family, but many see those immigrants primarily as competition for an ever dwindling supply of jobs. We watch our sons go to war, disagree with the rationale for sending them, loathe the men who ordered them to battle and then, when the veterans come home, beg and plead with the local VA to ensure they have access to proper care.

Ted Cruz appeals to more well-to-do, married evangelicals, Vance writes, people who, whatever their social complaints, have their lives essentially intact. Trump's voters? Not so much:

Trump’s voters, instead, wear an almost existential sense of betrayal. He relies on unmarried voters, individuals who rarely attend church services and those without much higher education. Many of these Trump voters have abandoned the faith of their forefathers and myriad social benefits that come with it. Their marriages have failed, and their families have fractured. The factories that moved overseas used to provide not just high-paying jobs, but also a sense of purpose and community. Their kids (and themselves) might be more likely to die from a heroin overdose than any other group in the country.

It is not clear enough that Democrats do either. If I were a blue-collar worker, Sanders' focus on college-age voters and Democrats' embrace of neoliberal trade deals still leave me feeling unheard and under-represented. Democrats slapped their foreheads for decades and wondered when working-class voters would finally figure out they were being played and come to the light. But the Democratic Party grew tired of waiting, and rather than fight harder for the working class, bought into the Republicans' game, chased the money, and dimmed our lamps in doing so. Well, this is the moment Democrats have long waited for. The door is open. Will we step through it or let Trump, the modern Pied Piper, take American workers?