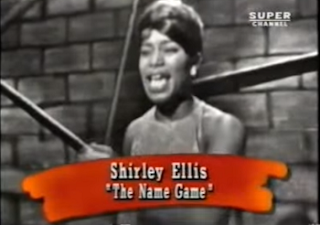 It's the blame game this morning as fingers point to who is to blame for the rise of Trump and Trumpism. Eric Boehlert of Hillary-friendly Media Matters examines how the media's obsession with Donald Trump has yielded millions in free air time for the billionaire:

Writing at The Observer, Ryan Holiday suggested a new paradigm is in play this campaign season:

Politicians have always sought to manipulate the public. What’s changed is that media is now not only a willing co-conspirator, they are often the driving force behind the manipulation. No longer seeing itself as responsible for reporting the truth, for getting the facts to the people, it has instead incentivized a scrum, a wild fight for attention in which anything that attracts an audience is fair game. And as long as theirs is the ring where the fight goes down, they’ll happily sell tickets to as many as will come.

True. But who produced the show? Dana Milbank at the Washington Post says the GOP should blame themselves. Sure, the media has been complicit (emphasis mine):

The bigger problem among journalists covering Trump is the moral neutrality in the reporting. News organizations apply to him the same type of horse-race reporting that they do to conventional candidates: driven by polls, defining who’s up and who’s down, who won the news cycle and who lost. Trump’s moves are often described as “brilliant.” But while it may be tactically brilliant of him to, say, propose a ban on Muslims entering the United States, it’s also deplorable. News organizations fear making such judgments would compromise their impartiality.

But that’s a small flaw compared with the chronic unwillingness of Republican leaders, and particularly Trump’s rivals, to take him on. Had they done so earlier, journalists would have followed their cues, and coverage would have been different. To blame the news media now for the GOP leaders’ own failings compounds their cowardice.

Rationalization. It's what's for breakfast. The fact is Trump sells soap. Seems to me the media and the parties are two facets of the same corporatization of human culture, public and private, a culture millennials see as having sold them out. Shawn Lawrence Otto addressed that issue a few days ago at Salon:

Considering Bill Clinton’s campaign’s strategic approach and what seems to have become an underlying philosophy, one can begin to understand the challenges Hillary Clinton is facing now that the landscape is changing. After a career in the political cross hairs, focus-testing messages against self-obsessed individuals with short-term horizons in order to eke out small gains from an intransigent opposition, Sanders’ talk of a political revolution must seem laughably naive.

But one can also see why this approach, and the underlying assumptions of the market-driven self-gratifying, short-term consumer culture that inform it, is posing major challenges to the old Clinton paradigm, and why Hillary needs a new approach if she is to truly seize the potential that is there in the electorate. Because it’s a different economy, stupid, something Sanders seems to recognize more intuitively than Clinton.

As parties and press alike ask who is to blame for a huckster hustling his branded steaks, wine and magazine during his victory speech, they cannot see that Trump is a creature of the same water they swim in. Bernie Sanders' edge is he never learned to swim.

And the steaks. Aide says they're real Trump steaks, but can't see any labels pic.twitter.com/tcxyu7TiQ8