To humanize Hillary Clinton by @BloggersRUs 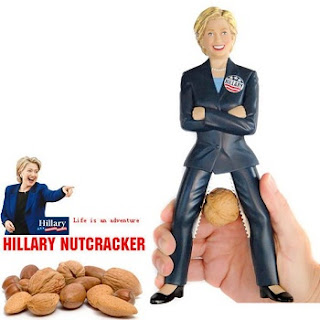 The goal of last night's Democratic convention program was, as a Time magazine headline explained, to humanize Hillary Clinton. Beyond the roll-call vote to formally nominate the the first woman to head a U.S. presidential ticket, the DNC rolled out a long line of Americans to highlight a woman they know personally, but few see in public. “She is the most famous, least-known person in the country,” Clinton campaign communications director Jennifer Palmieri told reporters.

In making his case for his wife, President Bill Clinton's spoke last night repeating many of the stories he used on the stump during the primary season. Plus some. Plus a lot about Bill Clinton. No surprise there.

Bill Clinton is still a hell of a storyteller. He dove into the elaborate biography of a woman who spent most of her professional life trying to troubleshoot crazy crap at Yale–New Haven Hospital, at the Children’s Defense Fund in D.C., for children denied equal access to education in Alabama, for voters in Texas and juveniles incarcerated in South Carolina, and for kids trying to access schools in Massachusetts. And then more and more and more. No credit. In a strange way it was a woman’s story, told the way a woman would tell it: long on detail, short on ego. Sure Bill Clinton name-checked half the states in the convention hall. But that was largely because Hillary Clinton upped and traveled to those states long before young women hopped from state to state to effect social and legal change.

After he had ticked off a seemingly endless list of her unsung accomplishments, he concluded:

Now, how does this square? How does this square with the things that you heard at the Republican Convention? What's the difference in what I told you and what they said? How do you square it? You can't. One is real, the other is made up. And you just have to decide which is which, my fellow Americans.

The real one had done more positive change-making by the time she was 30 than many public officials do in a lifetime in office. The real one, if you saw her friend Betsy Ebeling vote for Illinois today, has friends from childhood through Arkansas, where she has not lived in more than 20 years, who have gone all across America at their own expense to fight for the person they know. The real one, has earned the loyalty, the respect, and the fervent support of people who have worked with her in every stage of her life. Including leaders around the world who know her to be able, straightforward, and completely trustworthy. The real one calls you when you're sick, when your kid's in trouble, or when there's a death in the family. The real one repeatedly drew praise from Republicans when she was a senator and Secretary of State. So what's up with this? Well, if you win elections on the theory that government is always bad and will mess up a two car parade, a real change-maker represents a real threat.

So, your only option is to create a cartoon alternative. Everybody gets the cartoon. Cartoons are two dimensional, they're easy to absorb. Life in the real world is complicated and real change is hard, and a lot of people even think it's boring. Good for you. Because earlier today, you nominated the real one.

This squares with what people who know her (or have worked around her) tell me. Having never met Hillary Clinton, I cannot say. After exposure to 25 years of propaganda directed at the woman, after 25 years of faux scandals and fruitless, taxpayer-funded investigation, I'm not sure I can trust what I think I know about her. Being aware of the propaganda does not immunize one from its cumulative effects. Still, the purveyors of the cartoon narrative have the strong scent of a cattle farm about them.

Over the course of the primary season, I found myself increasingly irritated at the unfairness of the personal vitriol directed at Hillary Clinton from both the right and the left for sins real and imagined. It's not about policy, really. It's about her. Where does the cartoon woman end and the real one begin?

The right wing has been gunning for Hillary Clinton at least since the "baking cookies" comment in 1992. Rush Limbaugh and (later) Fox News have made a piñata of her, day after day, for decades. What galls the patriarchs most is she is more like a punching clown. No matter how hard they hit her, no matter how many times they knock her down, she bounces back for more. The caricature they've made of Clinton as a lying, scheming, emasculating witch was on full display at the RNC convention last week. Republican after Republican has lined up hoping to be the one to finally claim her scalp, and one after one, accusation after accusation, investigation after investigation, they have failed. Somehow, this never proves they are lying assholes. It only proves just how deeply corrupt and untrustworthy Cartoon Clinton is.

Sadly, 25 years of all smoke and no fire has done its work. The right has convinced many in the country that the cartoon Hillary they have created is the real one. The cartoon one is the only Hillary Clinton many under 30 have ever known.

Over the course of the primary season, my social media feed has been laced with anti-Clinton propaganda, right-wing oppo-research, and disinformation circulated by a minority of passionate Bernie activists. Many articles are linked from conservative websites set up to lure the left into doing the right's propagandizing for them. (A WhoIs search is your friend.) No accusation is too far-fetched. No source is too tainted. No allegation is too unsupported to pass along to further ... what? Progressivism? It doesn't matter. The woman is poison. Evil, pure and simple. In social media, this is defended as "research." In reality, what it supports is the proposition that politics does not exist on a spectrum, but in curved space, and that if you go far enough left, you meet David Horowitz.

I've never been a big fan of Hillary Clinton. Still, the base cruelty of it all has me getting defensive for her (as if she needs my help).

It is not surprising at this point that Hillary Clinton presents in public as closed off. After 25 years of constant attacks, of always having to be ready to duck the next punch, she never seems to go out in public without wearing psychic body armor. If it feels as if she is is peering at you over the top of a shield, she is. And it comes off in public as if she has something to hide. It is not a good look for a candidate. It reinforces her enemies' untrustworthy narrative.

The private Hillary Clinton, those who know her say, is a different person, as warm and caring and as good a listener as we heard repeatedly last night. And funny. Maybe she'll find a way to show the public that Hillary between now and November.