Old times there are not forgotten by @BloggersRUs

Old times there are not forgotten 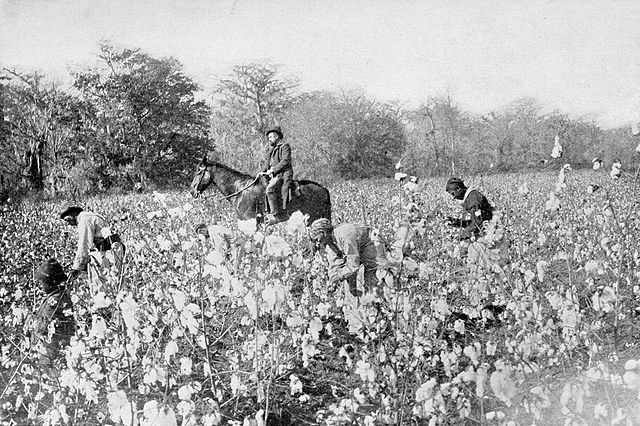 The US Court of Appeals for the Fourth Circuit may have overturned North Carolina's 2013 omnibus voter suppression law. Judges may have ordered officials to reinstate a week of early voting which the court determined had been cut specifically to hamper voting by black voters. The court’s intent may have been to return to the status quo pre-VIVA. But that doesn't mean Republicans in charge of the state's 100 county boards of elections will take that lying down.

Ari Berman at The Nation writes:

Republicans in North Carolina are pulling out all the stops to suppress the state’s reliably Democratic black vote. After the Fourth Circuit court reinstated a week of early voting, GOP-controlled county elections boards are now trying to cut early-voting hours across the state. By virtue of holding the governor’s office, Republicans control a majority of votes on all county election boards and yesterday they voted to cut 238 hours of early voting in Charlotte’s Mecklenburg County, the largest in the state. “I’m not a big fan of early voting,” said GOP board chair Mary Potter Summa, brazenly disregarding the federal appeals court’s opinion. “The more [early voting] sites we have, the more opportunities exist for violations.”

Republicans are very cognizant of the fact that Barack Obama carried Mecklenburg County by 22 points in 2012 and that 70 percent of African-Americans used early voting in the county during the last presidential election versus 48 percent of white voters.

Mecklenburg isn’t the only county where this is happening. Republicans in Watauga County, home to Appalachian State University, refused to approve a voting site on ASU’s campus, where 15,139 votes took advantage of 215 hours of early voting in 2012, and will have only one early-voting site for the county—in the “tiny office on the first floor of the County Courthouse,” writes local blogger Jerry Williamson.

On August 4, the state Board of Elections issued a set of options for how counties could comply with the court’s decision. The State Board's memo said (bold in original) "we strongly encourage county boards of elections to be mindful of expected turnout and historical use of one-stop early voting in their respective counties. Statewide historical data indicates that roughly 56% of all voters this election will use one-stop early voting, which will reduce lengthy lines on Election Day." County boards should meet, approve new Early Voting plans and submit them to the state office by the close of business this Friday August 19. Failure to act, however, triggers Option E:

E. If a county board does not take action to vote on a plan, all one-stop early voting will take place only during regular business hours at the county board office and on the last Saturday until 1 p.m. (November 5).

That is apparently what happened in Watauga. Buncombe County (Asheville), on the other hand, met last Thursday and approved a plan for 20 Early Voting sites, plus one Sunday of voting at eight. State Democratic officials in a conference call last week cautioned that other county boards might simply drag their feet and run out the clock this Friday. Hence Option E. We'll see how many do.

After Guilford County (Greensboro) attempted to reduce its early voting plan from 22 sites to 12, strong community reaction reversed that decision. The plaintiffs in the original court case (NC-NAACP and League of Women Voters among them) cautioned the state that allowing such plans as Greensboro's "not only opens up the counties, but also this Board (if it approves such plans), to liability under the Voting Rights Act and the U.S. Constitution." The plaintiffs also reminded the Board that in Anderson (2014) the court found that Watauga had attempted to discriminate against young voters in violation of the 26th Amendment and that in Morton, Lincoln County settled out of court and restored sites in Lincolnton, a town with a significant African-American population.

The letter warns North Carolina, "Future litigation along these lines will be unavoidable unless this Board acts, in accordance with its statutory authority, to reject early voting plans that do not consider the best interests of the voters in the county."

But there's the rub. In many counties across the South, being selective about whose best interests are served was always the plan.