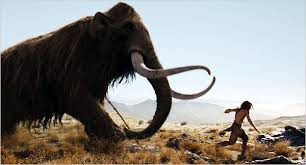 Whatever it takes to justify their loss, regardless of the truth:


In a speech in Green Bay, Wisconsin, on Monday night, Republican presidential nominee Donald Trump drilled down on his new favorite talking point — warnings that the election may be “rigged” against him.

In the speech, Trump alleged that “it is possible” that illegal votes from undocumented immigrants (who, although they pay taxes, are not allowed to vote) may have won President Obama the state of North Carolina in 2008.
“It could have provided the margin of victory,” Trump said.

There’s no credible evidence backing up Trump’s claim. Nonetheless, his campaign is backing him up — with even more misinformation.

In an interview with local Boston radio, Trump’s campaign co-chair Sam Clovis was asked if Trump’s unsubstantiated claims about North Carolina were “irresponsible.” Clovis said that instead, “it raises an issue.”

“I’ve done a lot of work and study in this area, so here’s what happens: you have the opportunity for illegal immigrants to come to the state, and the state loosens its laws to provide for individuals to get drivers licences in the state, illegal or otherwise,” Clovis said. Then, he alleged, once the undocumented immigrants have the photo ID, “what happens sometimes is that you are able to register to vote because you establish residency.”

Clovis’ defense of Trump’s comments is based on a wholly false premise: North Carolina does not allow undocumented immigrants to obtain drivers licences.


They're just saying anything that comes into their heads now.