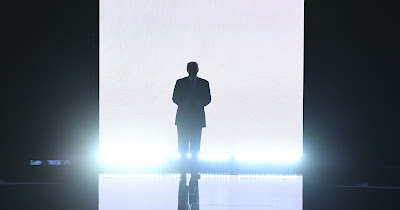 And, win or lose, it's possible we'll never see another Republican's taxes again. Why would they bother? Obviously, Republicans care nothing about the honesty of their leaders only whether a Democrat used emails or something equally nefarious.

Anyway, the Washington Post compiled a list of all the lies Trump has told about his tax returns:


Trump: “I’m being audited … so I can’t.” (See next section.) (Repeatedly since February)
Trump: “There’s nothing to learn from them.” (Fact-checkers say this is false.) (February, February, May, May)
Trump: “Mitt Romney looked like a fool when he delayed and delayed and delayed and … didn’t file until a month and a half before the election and it cost him big league.” (February, July)
Trump: His tax rate is “none of your business.” (May)
Paul Manafort, former campaign chairman: American people “wouldn’t understand them.” (May)
Manafort: The only people who want them “are the people who want to defeat him.” (May)
Trump: “I don’t think anybody cares.” (Polls show this is false.) (May, September)
Eric Trump, son: Would be “foolish” to release; “you would have a bunch of people who know nothing about taxes trying to look through and trying to come up with assumptions on things that they know nothing about.” (August)
Mike Pence, vice-presidential nominee who released his tax returns: They’re a “distraction.” (September)
Donald Trump Jr.: “Would distract from (his dad’s) main message.” (September)
Kellyanne Conway, campaign manager: “I just can’t find where this is a burning issue to most of the Americans.” (In April, before joining his campaign, Conway said, “Donald Trump’s tax returns aren’t … transparent” and called for their release.) (September)
Jeffrey Lord, commentator: Tax returns are “a political gimmick, a gotcha … Political opponents are going to go through there and look to make issues out of things.” (September)
Trump Jr.: “There’s a lot in a 12,000-page tax return that wouldn’t make sense to open up.” (September)
Trump: “You will learn more about Donald Trump” by looking at his financial disclosure forms than by looking at tax returns. (Fact-checkers say this is false.) (September)
Rudy Giuliani, Trump surrogate: “The way all of you are treating this is a very good indication of why someone might not want to release their tax returns.” (October)
Trump: Blames Clinton for fact he doesn’t pay taxes: “A lot of my write-off was depreciation, and that, Hillary as a senator, allowed. The people that give her all this money want it.” (As a senator, Clinton did vote to closetax loopholes — including one Trump may have used to pay no federal income taxes.) (October)

Why IRS audits would not prevent Trump from releasing his tax returns:

Trump’s tax attorneys said in March that his returns since 2009 were being audited. The IRS said nothing, including an audit, “prevents individuals from sharing their own tax information.”
His tax attorneys said returns from 2002 to 2008 are no longer being audited. Neither are the returns from 1977 to 2002. Trump said he will still not release any of those returns because “they’re all linked.”
Multiple former IRS commissioners say audits are a bad excuse.
President Richard Nixon released his tax returns while under audit.
All major presidential nominees of the past 40 years have released their tax returns.
Trump can delay the completion of his audits.

What we would learn from Trump’s tax returns