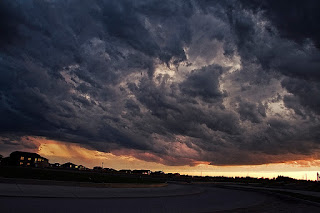 Legend has it that the first person Howard Dean hired for the 50-state plan was (is) a friend of mine, maybe the best field organizer I've known.​ When he returned from training in D.C., he said privately their charge was to turn county parties that had devolved into social clubs back into functioning political organizations.

There is a lot of "old-boyism" in party politics. Mostly because people who have the time and/or resources to pursue party work are older. But older doesn't always mean more skilled; experienced doesn't always mean the right kind. When reviewing resumes, it is wise to know the difference between an applicant who has 20 years' worth of experience and one who has 1 year's worth of experience 20 years in a row. Many experienced party hands are not versed in modern campaign-craft. They assign more weight to who might make a strong public servant than to whether they might make a strong candidate. (We need candidates who are both.) Nevertheless, they like to be the deciders of whose turn it is. There is a tendency to hang onto power and not to cultivate new leadership possessing skills they don't understand. Old boys would rather turn over the reins to old chums — regardless of their skills — when they can't chew the leather anymore.

Dennis Kucinich winning the caucus in our county in 2004 was a deep embarrassment here. Favorite-son John Edwards was supposed to win. Didn't "those progressives" who outmaneuvered them know that? A Kucinich delegate took a county party seat the next year. But established players stonewalled and ran her off. And they got their club back. "Those progressives" were supposed to wait for their turn that wasn't coming.

Activists who allowed themselves to be run off never got anywhere. They're forgotten. Those who wouldn't be run off did. Persistence pays. So does positioning. (I have an interesting story about positioning, but another time.)

The hair-on-fire panic many progressive activists exist in vis-a-vis national politics and the future of the country (and now the planet) reflects the same short-term thinking that leads establishment Democrats to defend their reelection first and the voters second. ("This is the most important election of our lifetimes," etc.) No long-term thinking. Longer-term, the Democratic party is a pushover if progressives will just do the work and stick around long enough to see results from the pushing. Yet a lot of talented activists are unwilling to get their nice, white vinyl souls soiled by contact with the icky party to do that. They consign themselves to irrelevancy.

Bernie Sanders won the primary here handily. He had a message that connected in the same county that supported Kucinich in 2004, as well as with rural folks with an anti-establishment itch to scratch. But Hillary Clinton had a lot going for her, including national campaign experience and a national network of personal and party contacts going back decades. She had experience in spades. Party insiders naturally felt it was "her turn." Some talented Bernie organizers here who had real potential flamed out when he lost and they are gone now. Those who stuck around are positioned to move the ball down the field and change the game. It's their turn now if only they'll step forward and lead. Post-election, the opportunity is there if only they will seize it.

I had a roommate in college who seemed to be everything I was not. He was adventurous, daring, liked by everybody, and lucky. Damn, good things just seemed to come to him. But it wasn't luck. What I finally realized was his antennae were always up. He was more attuned to the world than I was, than most people. He was always open, ready to recognize and take advantage of opportunities — NOW — that I would have shied from or let slip away while I was thinking it over. Opportunities are ephemeral, and slip away as quickly as regrets pile up.

So are progressives going to do that now or just protest after the fact? Because there's a disaster coming, and we'd best be positioned to capitalize on opportunities that will appear suddenly out of nowhere. Better that than complain how the old boys clubs failed to do it for us.