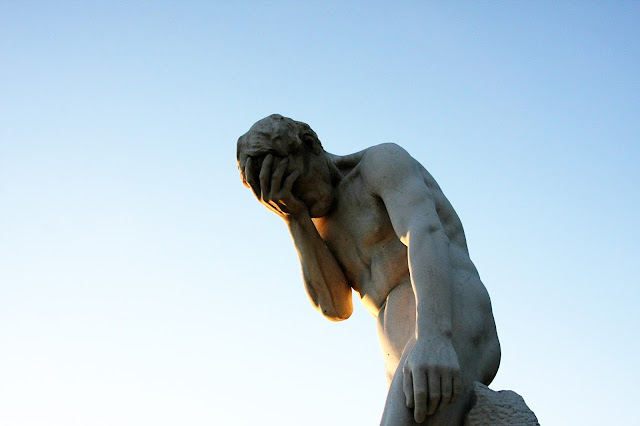 Yes, he said all these things. But he's an ignorant fool and had no idea what he was saying. Unfortunately a lot of people believed in him.

Donald Trump: "We’re going to have insurance for everybody. There was a philosophy in some circles that if you can’t pay for it, you don’t get it. That’s not going to happen with us.” 1/15/17

Donald Trump: "Obamacare has to go. We can't afford it. It's no good. You're going to end up with great healthcare for a fraction of the price. And that's going to take place immediately after we go in. Okay? Immediately. Fast Quick." (CSPAN, Timestamp 34:23) 2/19/16

Donald Trump: "Everybody's got to be covered. This is an un-Republican thing for me to say because a lot of times they say, "No, no, the lower 25 percent that can't afford private. But-- ... I am going to take care of everybody. I don't care if it costs me votes or not. Everybody's going to be taken care of much better than they're taken care of now." - 60 Minutes, 9/27/15

Donald Trump: "We're gonna come up with a new plan that's going to be better health care for more people at a lesser cost." ABC News, 1/25/17

Donald Trump: "There are people who say everybody should have a great, wonderful, private plan, and if you can't afford that, and there is a percentage, a fairly large percentage that can't afford it, then those people don't get taken care of. That's wrong. We're going to take care of that through the Medicaid system. We’re going to take care of those people. We have no choice." Dr. Oz, 9/15/16

The DNC sent this out:

Washington Post: Clyde Graham- An out of work coal miner, didn’t think what voting for Trump might mean for his Medicaid coverage because he reasoned that he’d have another coal job with health benefits under Trump

He lost the job and ended up here, holding a cane and suffering not only from heartburn but diabetes, arthritis, diverticulitis, high blood pressure and high cholesterol. Because of the ACA, Clyde’s visit is covered by Medicaid … he has put his hopes in Trump, who came to West Virginia saying he would bring back coal and put miners back to work. When Trump mentioned repealing Obamacare, Clyde wasn’t sure what that might mean for his Medicaid. But if he had a job that provided health insurance, he reasoned, he wouldn’t need Medicaid anyway, so he voted for Trump, along with 74 percent of McDowell County.

Los Angeles Times: Kathy Watson- A 55 year old former small business owner who credits Obamacare with saving her life, said that when she voted for Trump she dismissed his pledge to scrap the ACA as bluster

After struggling for years without insurance, the 55-year-old former small-business owner — who has battled diabetes, high blood pressure and two cancers — credits Obamacare with saving her life. Watson also voted for Donald Trump, believing the businessman would bring change. She dismissed his campaign pledges to scrap the Affordable Care Act as bluster. Now, as she watches the new president push to kill the law that provided her with a critical lifeline, Watson finds herself among many Trump supporters who must reconcile their votes with worries about the future of their healthcare.

New York Times: Martha Brawley- said she voted for Trump in the hope that he could make insurance more affordance, is now “feeling increasingly nervous” about the fact that under AHCA she would receive $5,188 less per year in tax credits than she was receiving under Obamacare

Martha Brawley of Monroe, N.C., said she voted for President Trump in the hope he could make insurance more affordable. But on Tuesday, Ms. Brawley, 55, was feeling increasingly nervous based on what she had heard about the new plan from television news reports. She pays about $260 per month for a Blue Cross plan and receives a subsidy of $724 per month to cover the rest of her premium. Under the House plan, she would receive $3,500 a year in tax credits — $5,188 less than she gets under the Affordable Care Act.


ABC News: Kentuckian Kelly Oller- An ACA outreach worker, voted for Trump, saying she thought he was “going to repeal it to make it better, to make it more affordable and to make premiums hopefully go down and be balanced…I don’t know what’s going to happen now.”

Kelly Oller is one of many outreach workers dispatched across the state to educate and enroll follow Kentuckians in health insurance … As a Trump voter, Oller is an unlikely evangelist for Obamacare. She said she has signed up more than 1,000 people in the last three and a half years … Fixing the high premiums in Obamacare is one of the changes Oller was hoping for when she voted for President Trump. “I thought he was looking to repeal it to make it better, to make it more affordable and to make premiums hopefully go down and be balanced,” she said. “I don’t know what’s going to happen now.”


Vox: Debbie Mills- An ACA enrollee who couldn’t afford insurance before The Law passed and whose husband needs a liver transplant, said she voted for Trump because she didn’t take his Obamacare repeal threat seriously

Debbie Mills is a 53-year-old furniture store owner in Bell County… Earlier this year, doctors discovered that her husband has non-alcoholic cirrhosis. He now needs a transplant if he’s going to survive... This all means that Mills really, really needs her health insurance. And she’s very grateful for the Affordable Care Act, because she couldn’t afford insurance before it was passed. And yet she voted for Donald Trump. Until we spoke, she said she hadn’t taken Trump’s repeal threats seriously. As we talked, she started to process what his election might mean for her family’s future.

Taylor was diagnosed with “Black Lung,”… in 2015. He is on three different inhalers and uses an oxygen tank and a nebulizer machine. When he gained insurance through the ACA’s Medicaid expansion, he began seeking regular care at Mountain Comprehensive Health Corporation, a community clinic where his physician, Dr. Van Breeding, also happens to be his old high school classmate… “These people need care,” said Breeding, a primary care physician…“And these are the people who have been helped by the Affordable Care Act and these are the people who we can’t turn our backs on,” he added.


As a matter of politics, I get why the DNC sent this out. A lot of people who voted for Trump were snookered and they are going to pay a heavy price for it.

But I also think we need to see some stories about people who are going to be screwed by this who didn't vote for Trump and instead voted for the person who actually won the election. They don't deserve this either.