Trumpcare for Men: For men with hair and men without by @BloggersRUs

Trumpcare for Men:
for men with hair and men without 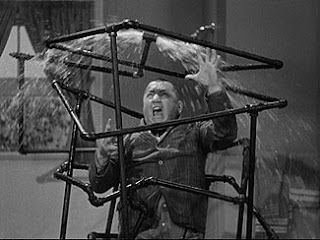 Office of Management and Budget director Mick Mulvaney made clear Thursday evening that President Donald Trump is done negotiating on the hotly-debated health care bill and wants a vote on Friday.

And, if the president doesn't get a vote to repeal and replace Obamacare, he will move on to other priorities, Mulvaney said according to a source in the room during the tense talks with GOP members. A senior administration source confirms to NBC News the "very definitive, very clarifying" message from the president and the administration's intention to move on — should the health care bill fail to move forward — to other matters such as tax reform, trade and border security.

Trump faces a major defeat on his first big legislative push and doesn't seem to care. He doesn't have the attention span for it and it's not his problem:

If the bill does not pass, the president would see it as "people in Congress breaking their promises to their constituents to repeal and replace Obamacare" even with a Republican president in the White House," the source told NBC News.

Thursday was supposed to be a signature day for Trump and the Republicans. The seventh year anniversary of Barack Obama signing the Affordable Care Act would see its demise. For seven years and after dozens of show votes, Republicans promised to repeal it at the first opportunity, but they spent yesterday furiously attempting to get their fractious caucus behind the unpopular measure. The White House's effort to satisfy members of the House Freedom caucus yielded a photo that drew the ire of women.

As white GOP men debate eliminating coverage for maternity services, I wonder if they will cover Viagra in the bill. pic.twitter.com/C1tAuTixIC

A rare look inside the GOP’s women’s health caucus. https://t.co/SgLmvSpeSM

A Twitter user praised the diversity in the Trumpcare meeting: white men with hair and without.

"Nobody knew health care could be so complicated," Trump informed his base in February. Except Trump was the only nobody in the room. Everyone else who had paid any attention did. The complicating factor in today's House vote is after all the late-night negotiations and sweeteners added to land this GOP vote or that, nobody knows what is in the bill coming to the floor. The Washington Post's Dan Balz confirms:

Hardly anyone knows what is in the current bill, or what could be in it after further negotiations. Concessions to conservatives have brought defections among some moderates. Rep. Mark Meadows, (R-N.C.), the leader of the House Freedom Caucus, told reporters Thursday afternoon that there were still 30 to 40 Republicans not committed to supporting the bill. Republicans can afford to lose only 21 or 22 of them, depending on how many Democrats are present to vote.

Republicans are keenly aware that a vote that harms GOP primary voters could mean an end to their careers. But a vote against the president could damage Republicans' ability to get passed many of the other legislative goodies on their wish list. "If we vote it down, we will neuter Donald Trump's presidency," Rep. Dana Rohrabacher told reporters yesterday:

There were daunting obstacles to a deal heading into the White House meeting Thursday morning. A number of Freedom Caucus members had suggested Trump’s latest concession — repealing Obamacare's mandate that insurance plans provide a minimum level of "essential" benefits — wasn't enough. The group wants a complete repeal of all Affordable Care Act regulations — including popular provisions Trump promised he would maintain.

"This sounds barbaric. It is barbaric," writes Jordan Weissmann at Slate. "Obamacare's regulations, remember, really were designed to work as a cohesive whole. If you pull out a few of its key stones, you're likely to create as much wreckage, if not more, than if you demolished the whole thing."

Two thoughts come to mind. First, the image at the top of this post of the Three Stooges' Curly — another man without hair — trying to fix a leaking faucet by threading on lengths of pipe, only to have the leak move to the end of the new pipe. Second, for all the money, sweat and contortions legislators have gone through to save America's complex, private insurance-based health system (and insurance company profits), we could have had a simpler, single-payer system to serve all Americans that looked less like a leaking cage of pipe. But that would make too much sense.

For his part, Donald Trump spent yesterday generating memes and leaving the heavy lifting to people accustomed to working.