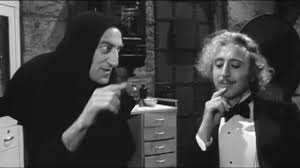 "Who Among Us Has Not Misplaced an Aircraft Carrier?" — Charlie Pierce's headline at Esquire Politics on Tuesday.

Maybe The President has just been taking the ol' ship of state for a shakedown cruise. But it sure feels as if we're the ones being shaken down.

In case you were too busy hunting that aircraft carrier and missed the Ivanka-China thing:

China is defending its handling of trademark applications from President Donald Trump's daughter Ivanka and her company, saying that all such requests are handled fairly.

Ministry of Foreign Affairs spokesman Lu Kang was asked about the trademarks Wednesday, a day after The Associated Press reported that Ivanka Trump had won provisional approval for at least five marks since her father's January inauguration. Three of those approvals were granted April 6, the day Ivanka Trump and her husband sat next to Chinese President Xi Jinping and his wife for dinner at Trump's Mar-a-Lago resort in Florida.

Happens all the time.

Trump's stripped-down inauguration may not have attracted a record crowd, but it did rake in record dollars. Federal Election Commission reports released Wednesday show the Trump inauguration brought in $107 million to finance Washington’s smallest party in years. Much of the money came from industries that stand to benefit from a Trump administration:

Though this report shows how much money Trump's inauguration brought in, it does not detail exactly how that money was spent. Presidential inauguration committees do not have to disclose that to the FEC.

Charles Blow has been railing about Trump for a while now. He has more this morning, calling Trump "a fake and a fraud," "cunningly unpredictable," and "tragically unprepared and dangerously unprincipled," not to mention "an unabashed leech and an unrepentant liar." To the list of particulars from just this week, Blow adds for the benefit of Trump fans who haven't been paying attention:

He oversold what he could deliver because he had no idea what would be required to deliver it, nor did he care. He told you what you wanted to hear so that he could get what he wanted to have. He played you for fools.

That wall will not be paid for by Mexico, if in fact it is ever built. If it is built, it will likely look nothing like what Trump said it would look like. His repeal and replace of Obamacare flopped. That failure endangers his ability to deliver on major tax reform and massive infrastructure spending. China is no longer in danger of being labeled a currency manipulator. The administration is now sending signals that ripping up the Iran nuclear deal isn’t a sure bet.

Trump has done a complete about-face on the Federal Reserve chairwoman, Janet Yellen, and when was the last time you heard him threaten to lock up Hillary Clinton?

Blow is not alone in finding Trump an odd character. With the Secret Service announcement that the White House sidewalk would be permanently closed to the public, James Fallows finds Trump's operations, shall we say, abnormal:

If you’ve never been near, or worked in, the White House, this might seem reasonable.