Down the white rabbit hole by @BloggersRUs

Down the white rabbit hole 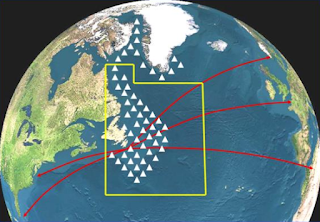 So now we get to see how far down the white rabbit hole goes:

In Alabama, a child short on funds was stamped on the arm with “I Need Lunch Money.” In some schools, children are forced to clean cafeteria tables in front of their peers to pay the debt. Other schools require cafeteria workers to take a child’s hot food and throw it in the trash if he doesn’t have the money to pay for it.

The New York Times article is about legislation in New Mexico to ban "lunch shaming" children whose parents are behind on school lunch payments:

“People on both sides of the aisle were genuinely horrified that schools were allowed to throw out children’s food or make them work to pay off debt,” said Jennifer Ramo, executive director of New Mexico Appleseed, an anti-poverty group that spearheaded the law. “It sounds like some scene from ‘Little Orphan Annie,’ but it happens every day.”

Given the current administration's proclivities, perhaps "Oliver Twist" instead.

Maybe the shaming story out of Alabama is no accident. Attorney General Jeff Sessions of Alabama wants to bring back discipline. Justice, you see, has gone soft:

Law enforcement officials say that Sessions and Cook are preparing a plan to prosecute more drug and gun cases and pursue mandatory minimum sentences. The two men are eager to bring back the national crime strategy of the 1980s and ’90s from the peak of the drug war, an approach that had fallen out of favor in recent years as minority communities grappled with the effects of mass incarceration. Crime is near historic lows in the United States, but Sessions says that the spike in homicides in several cities, including Chicago, is a harbinger of a “dangerous new trend” in America that requires a tough response.

Steven H. Cook is a federal prosecutor from Knoxville, Tennessee. Sessions has brought him to the Justice Department to help roll back efforts to make American justice more humane. The mandatory minimum sentences and longer ones that filled American jails to capacity are what Cook and Sessions want more of, not less. They recently "torpedoed" a bipartisan criminal justice reform bill.

“If hard-line means that my focus is on protecting communities from violent felons and drug traffickers, then I’m guilty,” Cook said in a recent interview with The Post. “I don’t think that’s hard-line. I think that’s exactly what the American people expect of their Department of Justice.”

Meanwhile in Iraq, First Son-in-law Jared Kushner dropped a cruise missile on the fashion world by accessorizing his navy Blazer and beltless khakis with desert body armor and Ray Bans. The style inspired mockery in the form of #Kushneratwar .


And finally on this Palm Sunday, icebergs are invading the North Atlantic:

This week an unprecedented 481 icebergs swarmed into the shipping lanes of a storm-tossed North Atlantic. Strong hurricane force winds had ripped these bergs from their sea ice moored haven of Baffin Bay and thrust them into the ocean waters off Newfoundland. The week before, there were only 37 such icebergs in the Atlantic’s far northern waters. And the new number this week is nearly 6 times the annual average for this time of year at 83. To be very clear, there is no record, at present, of such a large surge of icebergs entering these waters in so short a period at any time in the modern reckoning.


Stick a Syrian flag on each and fire at will. Cable news will give the operation a scroll and theme music and call the climate science denying president a real leader.