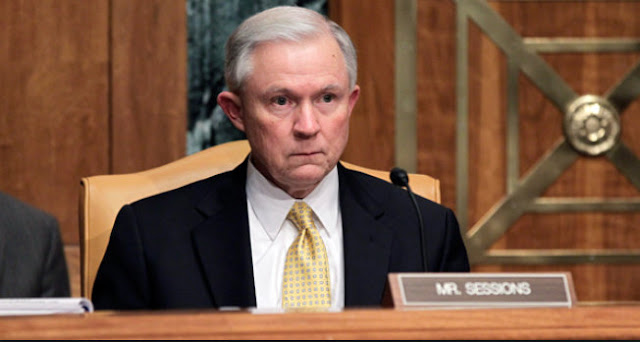 And he doesn't wear a uniform:


Sessions made the comments on "The Mark Levin Show" Wednesday evening.

"We've got cases moving in the very, very liberal Ninth Circuit, who, they've been hostile to the order," Sessions said. "We won a case in Virginia recently that was a nicely-written order that just demolished, I thought, all the arguments that some of the other people have been making. We are confident that the President will prevail on appeal and particularly in the Supreme Court, if not the Ninth Circuit. So this is a huge matter. I really am amazed that a judge sitting on an island in the Pacific can issue an order that stops the President of the United States from what appears to be clearly his statutory and Constitutional power."

Sessions also added that judges shouldn't "psychoanalyze" Trump when he was asked about potential judges Trump would appoint.

The Attorney General of the United States, ladies and gentlemen, expressing amazement that the judiciary would deem to question the power of the president to do as he pleases.

This is a man who spent his entire life defending states' rights. Now that he's the head of the top Federal law enforcement officer in the country he doesn't even acknowledge that states exist. (Yes, Hawaii is actually an American state although I suppose it doesn't have a lot of confederate flag waving neanderthals so in his mind federal judges who sit there aren't even Americans. )

He is an authoritarian monster, the worst of all possible world, the scariest member of the scariest administration in American history.