They want to rule, Part eleventy-leven 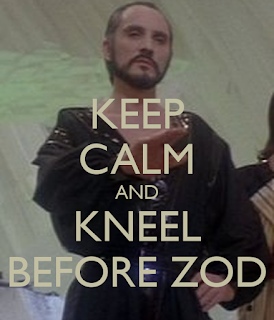 Six years ago, I asked, Colonist or Royalist? Because the rich have put a lot of time and money behind programming people to support maintaining a society that keeps them safely on top. Business schools that teach Ayn Rand. Money-losing conservative newspapers. Fox News. Talk radio. How many people around your workplace marinate in it all day? On headphones? (Happens where I work.)

All that is prelude to how obvious (or careless) over time our friends across the aisle have become about what the real game is. North Carolina, Wisconsin, and Michigan have been test beds for Republicans to rig the election system, by restricting voting and through redistricting. If traditional rules no longer protect their dominance, change the rule. If the courts stop them, try, try again.

It's clear from the expectations the Trump administration brings to the White House that they too expect not to govern, but to rule.

Ahead of this week's congressional special election in Georgia which sends Democrat Jon Ossoff and Republican Karen Handel to a June 20 runoff, the Atlanta Journal Constitution reported:

At a GOP breakfast on the district’s eastern DeKalb outskirts, state Sen. Fran Millar criticized Democrats who think it’s a “done deal that this kid’s going to become the Congressman.” 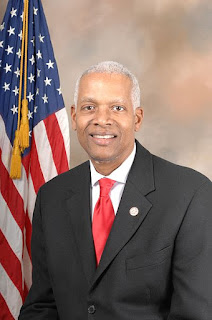 Rep. Hank Johnson, Democrat representing Georgia's 4th District. In an era in which shifting demographics are reducing the voting majorities white America treat as a birthright:

Losing power is very personal for people on the right. Both left and right talk about taking "their country" back, but it seems much more personal for conservatives. In their America, it seems, there is no we, just i and me.

One place you hear it is in their rhetoric about voter fraud. It is a very personal affront to them that the power of their votes might be diminished by the Other. Every time someone ineligible casts a fraudulent ballot, they insist, it "steals your vote." Your vote. They have convinced themselves that there are thousands and thousands of invisible felons stealing their votes every election. Passing more restrictive voting laws is a matter of justice and voting integrity, of course. What other motivation could there be for railroading eligible poor, minority, and college-age voters?

So it is no surprise at all that after Tuesday's jungle primary in Georgia, Karen Handel, a real pioneer in Republican voter suppression, invoked the notion that losing an election to Democrats amounts to theft.

Handel at party: We cannot let [them]...steal a seat that has been held by the great leaders of Tom Price, Jonny Isakson and Newt Gingrich.

The president himself joined the chorus:

Does someone "as morally bankrupt as this president" even know the meaning of the word "steal"? Nancy LeTourneau asks. In court this week, his lawyers argued that protesters' First Amendment rights do not extend to "the campaign rally of the political candidates they oppose.” LeTourneau writes:

What it comes down to is that Trump’s reaction to anything he doesn’t like is to define it as criminal. Back in January, Martin wrote about the 12 early warning signs of fascism posted at the U.S. Holocaust Museum. This tendency is embedded in several of them, but most notably this one: “obsession with crime and punishment.”

You might suggest that this time it was simply a fundraising email for one House seat in Georgia. But using rhetoric about “stealing” an election is serious business in my book.

It is serious. It's a strategy.