Won't get ruled again by @BloggersRUs 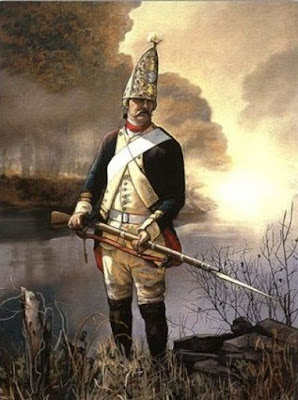 There has always been a muted desire among some of our neighbors, as there was during the American Revolution, for rule by hereditary royalty and landed gentry. Holding onto our republic against that impulse has always been problematic, as Benjamin Franklin hinted it would be. A yearning for a return to the old ways never seems far from the surface. It has seemed a little bit closer lately.

I've written repeatedly of my theory that members of the fringe right, alt-right or whatever are simply acting out a traditional murder ballad with their country. Facing demographic and economic changes that threaten to upend the traditional political and cultural dominance of white Christians in America, extremists among them are pursuing the slow murder of their lover because if they can't have her, nobody can. Donald Trump is their hands around her throat. Those hands (insert your own joke here) got tighter last week at the G20 meeting.

But that frame applies more to the middle and working classes. For moneyed interests, what's happening could be the denouement of a decades-old effort to roll back the New Deal and Civil Rights era projects that strengthened and broadened the middle class, flattened American society, and brought the country closer to (although still far from) the ideal of a society in which all its citizens are not just created equal, but treated that way. For the Caledon Hockleys who see themselves as society's better or at least more productive half — 53 percent is surely not exclusive enough — that was never their ideal.

Still, one wonders just how much damage to the country from a Trump presidency the Republican leadership in Congress is prepared to endure to secure the blessings of tax cuts for themselves and their Hocklian benefactors. That has been the speculation, that as much as Trump has undercut America's leadership position in the world (and, it seems, our national security interests), Republican leaders are going to grit their teeth and grin though it until they have driven a stake through the heart of Barack Obama's legacy health care plan and moved on to the main event: another big tax cut for the moneyed class.

But it is not just their benefactors' interests that concern them. Like allied extremists in the streets, securing their own power going forward is also of prime interest. To that end, voter suppression measures have spread across the country in GOP-dominated legislatures. Redistricting with "surgical precision" gives them representation disproportionate to their vote shares in state after state. What with the Russophile leanings of the Trump family and a broadening investigation into possible crimes involving election meddling by foreign adversaries, Republicans sticking with their man to ensure a conservative-friendly judiciary has received less press.

Bloomberg's Paul Barrett and David Ingold report that Republican congressional aides are reviewing a large number of vacancies on the federal bench that only retention of the presidency and the Senate majority will allow Republicans to fill. Republicans "slow walked" Obama's nominations to lower courts throughout his term and outright hijacked a Supreme Court seat in his last year. The seat vacated with the unexpected death of the Antonin Scalia should have been U.S. Circuit Judge Merrick Garland's. Instead, it went to Trump's choice, Neil Gorsuch, a consistent conservative who, the authors note, "doesn’t even turn 50 until August." Keeping Trump right where he is, no matter the outcome of the Russia election hacking investigations, means Republicans will have more like Gorsuch coming and staying. Twelve percent of federal judgeships (107) were vacant when Donald Trump took office:

Those vacancies, and the ones to come as more judges retire (the number has already jumped to 136 in the six months since inauguration) offer Trump the chance to sculpt the courts to his liking. During the campaign, he said he would “appoint judges very much in the mold of Justice Scalia,” a forceful conservative who unexpectedly died in February 2016. Perhaps more than some of his liberal detractors gave him credit for, Trump, 71, understood the importance of the judiciary to Republicans who were reluctant to support him. “If you really like Donald Trump, that’s great, but if you don’t, you have to vote for me anyway,” he said at a rally in Iowa last July. “You know why? Supreme Court judges, Supreme Court judges.”

The Heritage Foundation and the Federalist Society assembled for Trump a list of 21 Supreme Court picks from which he chose Gorsuch. With rumors swirling that Justice Kennedy could retire before the 2018 mid-term elections, more names on that list could get their shot at a seat there or on lower courts, for which Trump is using the same list.

Administration officials “know what they are looking for,” said Jonathan Adler, a conservative constitutional law professor at Case Western Reserve University in Cleveland. “Most of the appellate court nominees are current or former academics. That shows a desire for judges who will have an intellectual influence on the courts they’re placed on.” Noah Feldman, a liberal professor at Harvard Law School and Bloomberg View columnist, volunteered that “these are better picks than one might have expected—maybe better than one could have hoped.” Feldman attributed the quality of these early nominees to the administration’s having “outsourced judicial selection” to “elite conservative lawyers.”

Bloomberg provides some handy graphics for getting a handle on where the judicial balance currently is nationwide and how it might tip under a Trump administration. They are worth viewing.

But just to give some sense of how retrograde a regime we now face, Trump aides are exploring ways to privatize war-fighting in Afghanistan:

Erik D. Prince, a founder of the private security firm Blackwater Worldwide, and Stephen A. Feinberg, a billionaire financier who owns the giant military contractor DynCorp International, have developed proposals to rely on contractors instead of American troops in Afghanistan at the behest of Stephen K. Bannon, Mr. Trump’s chief strategist, and Jared Kushner, his senior adviser and son-in-law, according to people briefed on the conversations.

On Saturday morning, Mr. Bannon sought out Defense Secretary Jim Mattis at the Pentagon to try to get a hearing for their ideas, an American official said. Mr. Mattis listened politely but declined to include the outside strategies in a review of Afghanistan policy that he is leading along with the national security adviser, Lt. Gen. H. R. McMaster.

The highly unusual meeting dramatizes the divide between Mr. Trump’s generals and his political staff over Afghanistan, the lengths to which his aides will go to give their boss more options for dealing with it and the readiness of this White House to turn to business people for help with diplomatic and military problems.

Recall on whose side the Hessians fought.