Maybe they are laughing at us by @BloggersRUs

Maybe they are laughing at us 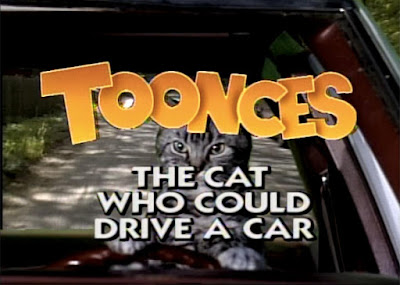 People wanted a businessman running the White House. They wanted government to work more like a business. So far the live experiment with the last superpower has been unnerving. Despite possessing some awareness that businessmen can be venal, shady and dishonest, people somehow think those traits mixed with business acumen would make them leaders superior to typical politicians. In fact, what we've seen from the Donald Trump's presidency is a team of grifters with no idea what they have gotten into. Toonces the cat is behind the wheel of the ship of state and it's headed for an iceberg.

Our nation has long held the notion that businessmen are more skilled and trustworthy than politicians. Public trust in government is at a historic low of 20 percent. Even more shocking, a 2015 Gallup poll showed that the public trusted stockbrokers more than senators.

We can track the legend of the businessman back to the Gilded Age or to Ayn Rand or to Ross Perot, but regardless of its historic origin, the key question is whether the complete and utter disaster that is the Donald Trump administration will finally put an end to the delusion that a business background naturally prepares one to hold public office.

Days before the inauguration, Trump stated, “I could actually run my business and run government at the same time.” On the campaign trail we heard repeatedly that he had skills and training that would help him do a better job as president than our nation had ever seen before. In fact his entire campaign was centered on the idea that his business background would not only be adequate, but would actually be better suited to a successful presidency than political experience.

Perhaps the reason there is so much myth-making surrounding business is the size of the egos that go with the soaring incomes. McClennan writes that Trump's short-lived White House communications director, Anthony “The Mooch” Scaramucci, dropped $100,000 to buy his way into 15 seconds worth of cameo in Oliver Stone's “Wall Street” sequel. Trump's cameo got cut. No doubt because he hadn't paid for it.

Last week's leaked transcripts of Donald Trump's telephone conversations with the leaders of Mexico and Australia probably didn't get the myth-shattering press they deserved. Trump admitted to Mexican President Enrique Peña Nieto that he could not make Mexico pay for his border wall as he boasted for two years but, Enrique, instead of just saying you won't do it, couldn't we both just say “we will work it out”? Trump pleads with him not to say “we will not pay” publicly.

Jorge Guajardo, a veteran Mexican foreign policy expert, told McClatchy, “Everyone I’ve spoken to around the world is laughing.” Another diplomat told Guajardo in a text message, “He’s the opposite of Teddy Roosevelt. He speaks loudly and carries a small stick.”

In Australia too, the head scratching and bemusement was televised after the transcript of Trump's February phone call with Australian Prime Minister Malcolm Turnbull leaked to the Washington Post. Trump, fixated on the danger he believes immigrants pose, wanted to kill an Obama administration deal to take in refugees Australia housed offshore on the islands of Manus and Nauru. He could not grasp that Australia prohibits the entry of any refugees or economic migrants arriving by boat to disincentivize "people smugglers" and prevent drownings at sea. After Turnbull explained that, Trump asked, "What is the thing with boats? Why do you discriminate against boats?"

Bess Levin of Vanity Fair responds to the exchange:

Holy mother of God. Yes, after all that, after the slow talking and the handhold and what might as well have been Turnbull saying things like "Okay, so there's this place called Australia..." Trump didn’t actually “get it” at all. Turnbull, amazingly, did not lose his patience and ask Trump if he was regularly dropped on his head as a child.

Trump is a unique psychological and developmental case, but the hubris is not unique at all. Calling themselves "job creators" is no accident, billionaire Nick Hanauer famously said in a "controversial" TED talk. "It’s a small jump from 'job creator' to 'The Creator'." The notion that people like Trump and his band of "big heads" would make the best political leaders should die as ignominious a death as "job creators" has yet to.