"Our country had changed." Uh-huh. by @BloggersRUs

"Our country had changed." Uh-huh. 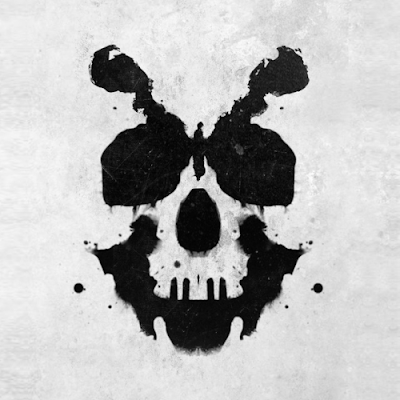 Some of us really believe in government of, by, and for the people. In democracies, that means we believe in the people choosing their own leaders through the democratic process. Some of us believe in that strongly enough to walk away from our paying jobs from September to early November in even-numbered years to help that process along, to ensure it is administered fairly, and to defend our neighbors' right to vote. Some of our political opponents don't see it that way.

Take Texas, just to pick a state at random. Texas has had three of its voting laws struck down for discriminating against minority voters in the last ten days, Ari Berman writes in Mother Jones:

On August 17, the Fifth District Court of Appeals ruled that Texas’ restrictions on assistance to non-English-speaking voters violated the Voting Rights Act.

On August 23, a federal district court in Corpus Christi ruled that Texas’ voter ID law, amended by the state legislature in 2017, had a “discriminatory purpose” against minority voters.

Berman notes that Wednesday's decision striking down S.B. 5 is the eighth finding of intentional discrimination against Texas since 2011. Atlantic's Vann R. Newkirk adds that S.B. 5 is the fifth iteration of the Texas voter ID law struck down in federal court for having discriminatory intent:

Perhaps hoping that the sixth time will be the charm, Texas legislators who wrote S.B. 14 and S.B. 5 do seem likely to appeal their case. What’s at stake is suddenly greater than their ability to implement voter ID requirements. In her ruling Wednesday, Ramos stated that one possible remedy the court could consider could be “continued supervision of Texas election laws under the preclearance provisions of the Voting Rights Act.” That is, the court could force Texas to go back to the requirement of having all of its elections laws cleared by the Department of Justice, a requirement implemented by the Voting Rights Act on all former strongholds of Jim Crow, and one effectively stripped away by the 2013 Shelby County v. Holder decision.

Josh Marshall adds, "Section 3, allows for states to be put under pre-clearance if they are found to have passed voting laws with a discriminatory intent."

Shelby County v. Holder was the Supreme Court decision in which Chief Justice John Roberts wrote in striking down the preclearance provision in Section 4 of the Voting Rights Act, “Our country has changed, and while any racial discrimination in voting is too much, Congress must ensure that the legislation it passes to remedy that problem speaks to current conditions.”Preclearance was no longer needed. But the ruling left Section 3 in place.

Roberts got it wrong. Congress passed no remedy to address "current conditions." The Voting Rights Act may have changed our country's voting laws, but Texas didn't change.

Nor did North Carolina, just to pick at random another state with a Republican-controlled legislature from the eastern fringe of the old Confederacy. North Carolina's voter ID law also got slapped down in the federal courts for being racially discriminatory. As in Texas, that doesn't mean the GOP legislators behind it won't try again and seek other means to game elections.

After federal courts threw out Republican-drawn federal and state redistricting maps as racial gerrymanders, and after getting strongly criticized in public comments this week, legislators in Raleigh argued last night over new legislative districts redrawn by court mandate. As in Texas, the changes were cosmetic.

Wendy Weiser and Daniel Weiner of the Brennan Center for Justice at NYU School of Law write about legislative moves North Carolina Republicans made last December to prevent Roy Cooper, the newly elected Democratic governor, from appointing members to the State Board of Elections:

Seventeen days before Cooper was to take office, the Republican-dominated legislature passed a package of sweeping changes designed to limit his authority, which the outgoing Republican governor signed into law. The centerpiece of this effort was a plan to ensure continued Republican dominance of powerful state and county boards of elections, which are responsible for running elections in the state and have been controlled by appointees from the Governor’s party for more than a century. (The original law was struck down by a state court in March but then reenacted over Cooper’s veto with only minor changes.)

The new law extends the tenure — indefinitely, for all intents and purposes — of the sitting Republican-appointed Executive Director of the State Board of Elections, North Carolina’s leading election official. She would otherwise have been supplanted by a new Democratic appointee. The law also awards half the seats on state and local election boards to Republicans, which allows them to block any changes to voting rules adopted by the previous Republican-controlled bodies. The law even says Republicans get to chair all election boards during every crucial election year when the President, Governor and all statewide officials are on the ballot.

These changes leave little doubt as to who would really be in charge of North Carolina’s election process — and that is the point. Some legislative leaders openly admitted that one of their main goals of the election board law was to keep Republicans in power.

North Carolina began seeing county-level fallout from these moves this week. For decades, custom has been for the chief of three judges in each precinct to be from the party of the governor. In my county this week (as well as in others, I hear), the county Board of Elections proposed splitting the precinct chief judges between the parties, mirroring the even split described above for state and county boards.

Kris Kobach, the Kansas Secretary of State overseer of the president's voter fraud commission, oversaw "a Kansas election system that threw out at least three times as many ballots as any similarly sized state did," according to AP:

Only six states ” all among the top 10 in population ” discarded more votes during the 2016 election than the 33rd-largest state of Kansas, according to data collected by the bipartisan U.S. Election Assistance Commission, a federal agency that certifies voting systems. Kansas’ 13,717 rejected ballots even topped the 13,461 from Florida, which has about seven times as many residents.

Critics of Kansas’ election system argue its unusually high number of discarded ballots reflects policies shaped over several elections that have resulted in many legitimate voters being kept off voter rolls in an effort to crack down on a few illegitimate ones.

Kobach knew in advance of last November of a problem with Kansans being notified online they were properly registered when they were not. His elections staff failed to notify the public. The exact number who had their votes thrown out is "unclear." So is the fate of your democracy.

Your name doesn't have to be Rorschach to see a pattern here. What does Chief Justice Roberts see today?