Trouble comin' every day by @BloggersRus 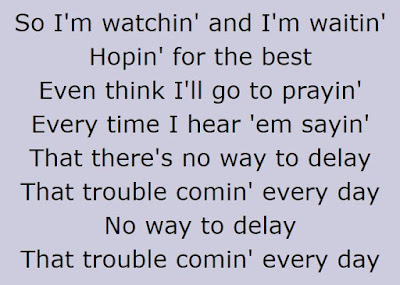 Sources tell the Wall Street Journal that Special Counsel Robert Mueller has impaneled a grand jury in Washington in recent weeks to investigate Russian interference in the 2016 elections and possible Donald Trump campaign coordination in those efforts. The FBI declined to comment.

Prior to the Mueller appointment in May, federal investigators had opened a grand jury in Alexandria, Virginia to assist in the investigation into former Trump national security adviser Michael Flynn's dealings with Russia. The Journal continues:

“This is yet a further sign that there is a long-term, large-scale series of prosecutions being contemplated and being pursued by the special counsel,” said Stephen I. Vladeck, a law professor at the University of Texas. “If there was already a grand jury in Alexandria looking at Flynn, there would be no need to reinvent the wheel for the same guy. This suggests that the investigation is bigger and wider than Flynn, perhaps substantially so.”

Thomas Zeno, a federal prosecutor for 29 years before becoming a lawyer at the Squire Patton Boggs law firm, said the grand jury was “confirmation that this is a very vigorous investigation going on.”

But not an indication that any indictments are imminent, Zeno added.

Experts said that Washington would be the appropriate place to convene a grand jury to examine actions taken by Trump since he became president and took up residence at the White House. Many of the potential crimes Mueller’s team is investigating would have occurred in the District, such as allegations that Trump aides or advisers made false statements in disclosure records or lied to federal agents. The Post has previously reported that Mueller is investigating whether the president tried to obstruct justice leading up to his firing of Comey.

Amidst the investigations, bills introduced in the Senate by two bipartisan pairs of senators to protect Mueller from White House retaliation indicate growing concerns that Trump might take further action to quash the investigation. Sens. Thom Tillis, R., N.C., and Chris Coons, D., Del., produced a bill to allow a special counsel to challenge his or her dismissal before a three-judge panel within two weeks, the Journal reports. Sens. Lindsey Graham, R., S.C., and Cory Booker, D., N.J., previously teamed up to prepare a similar bill, indicating the concern in Congress is significant. Trump has repeatedly called the investigation a "witch hunt."

White House special counsel Ty Cobb told the Post the new grand jury is "... news to me, but it’s welcome news to the extent it suggests that it may accelerate the resolution of Mr. Mueller’s work. The White House has every interest in bringing this to a prompt and fair conclusion. As we’ve said in the past, we’re committed to cooperating fully with Mr. Mueller.”

For their part, Russian authorities have denied any interference.

For Trump's part, he went to all the way to West Virginia to mock the Mueller investigation's "Russian hoax" and to bask in the adulation of authoritarian followers. The Guardian reports:

So says the needy authoritarian who has never run anything but a closely held family business built on inherited money, a man with neither an interest in nor reverence for any authority other than his own base impulses. Hubris, the name is Trump.


in March 1974 Nixon visited The Grand Ole Opry and got a hero's welcome--five months later he was forced to resign https://t.co/UIEEiDuVGr

On that note, start your Friday with some Frank.