Why are we being polite? by @BloggersRUs

Why are we being polite? 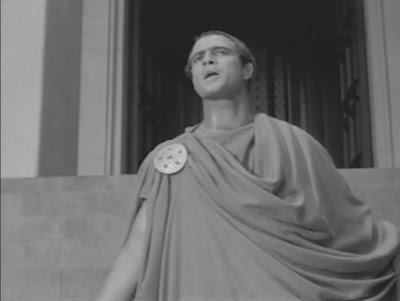 When does America start calling bullshit on bullshitters? Yes, it's impolite, but aren't we beyond polite at this point? How long do we the people let shysters and mountebanks game the courts, the press, and the legislative process the way they game elections?

Herewith some further thoughts on the court ruling on voter ID this week in Texas, and the NCGOP redistricting foot-dragging in North Carolina, and the Richard Spencer interview mentioned on Tuesday.

HOW STUPID DO YOU THINK WE ARE?

In issuing her ruling Wednesday, United States District Judge Nelva Gonzales Ramos came as close to writing that as we've seen in some time. The Texas voter ID law is irredeemable, she wrote. It is discriminatory not just in effect, but in intent. No number of cosmetic tweaks can change that (emphasis added):

First, the Court’s finding of discriminatory intent strongly favors a wholesale injunction against the enforcement of any vestige of the voter photo ID law. Second, the lack of evidence of in-person voter impersonation fraud in Texas belies any urgency for an independently-fashioned remedy from this Court at this time. There is no apparent harm in the delay attendant to allowing the Texas legislature to go through its ordinary processes to address the issues in due legislative course. Third, making informed choices regarding the expansion of the types of IDs or the nature of any DRI would require additional fact-findings on issues not currently before the Court. These matters, regarding reliable accuracy in photo ID systems, are better left to the legislature.

Thank you. That's about as close as a federal judge comes to telling politicians they are full of it.

Except perhaps the March 2012 ruling by the U.S. Court of Appeals for the 3rd District:

During the 1981 New Jersey gubernatorial race, the Democratic National Committee and the New Jersey Democratic State Committee filed suit against the Republican National Committee and New Jersey Republican State Committee for alleged intimidation of minority voters in violation of the Voting Rights Act of 1965, and the Fourteenth and Fifteenth Amendments to the Constitution of the United States. The RNC allegedly created voter caging lists in minority precincts and, allegedly, hired off-duty law enforcement officers to stand outside minority precincts wearing “National Ballot Security Task Force” armbands, some bearing firearms. The settlement the RNC signed with the DNC — applicable nationwide — limited the RNC, its agents’ and employees’ ability to engage in voter fraud prevention efforts without prior court approval. There were successful enforcement actions against the RNC in 1987 in Louisiana and in 1990 in North Carolina. Wikipedia has a list of references to alleged RNC voter suppression actions that never made it to court.

In 2008, the RNC sued to have the 1982 Consent Decree voided, only to lose in New Jersey district court and in the U.S. Court of Appeals.

As in the Texas case, the RNC made a number of (if I may say so) disingenuous arguments for why the agreement should be voided, including citing the race of the President, his Attorney General, and the by-then former chair of the RNC, and cited the increase in black voter turnout as proof “minority voters are not being suppressed,” none of which addressed past behavior enjoined by the decree. The RNC's lawyers complained that the decree prevented them from mounting legitimate voter protection efforts. Judge Joseph Greenaway reminded the RNC's attorneys that modifications to the original decree had already addressed their complaints and they were free to do just that. Furthermore (emphasis added):

Greenaway must have smiled at writing that, but he wasn't done:

Additionally, the District Court did not abuse its discretion by finding that the RNC had not produced evidence demonstrating a lack of incentive for the RNC to engage in voter suppression and intimidation. The racial and ethnic background of this nation’s political leadership, the RNC’s leadership, and the electorate do not decrease the likelihood that the RNC will suppress minority voters such that prospective application of the Decree is inequitable. If the RNC does not hope to engage in conduct that would violate the Decree, it is puzzling that the RNC is pursuing vacatur so vigorously notwithstanding the District Court’s significant modifications to the Decree.

Now get the hell out of my courtroom, federal judges are too polite to say. Decorum and all that. The longstanding consent decree is set to expire this December. Would that the courts had more like Ramos and Greenaway.

In GOP legislators passing vote suppressing laws, in gerrymandering districts "with surgical precision," in pursuing the sham of widespread voter fraud, and in blowing racial dog whistles as loud as foghorns, what is infuriating is how readily their peers, legislators, and the rest of us play along politely with the sham that they are not up to exactly what we know they are up to.

The bullshitter may not deceive us, or even intend to do so, either about the facts or about what he takes the facts to be. What he does necessarily attempt to deceive us about is his enterprise. His only indispensably distinctive characteristic is that in a certain way he misrepresents what he is up to.

Personal responsibility for that lies with the bullshitter. How the rest of us respond is on us. After the litany of vote suppression measures nominally aimed at preventing voter fraud, after the growing list of expired rationale given for passing voter ID bills, after the insincere efforts at complying with court-ordered redrawing of racially gerrymandered districts, and after the bald-faced way agents of the right look America in the eye and misrepresent their intentions (which the federal court in Texas found this week), how long will we abet them by treating them seriously? We are not talking about political spin, but outright dishonesty. We are seeing in Texas and in North Carolina — Ramos cites North Carolina in her ruling — is abuse of the courts to rope-a-dope political opponents in a strategic attempt to run out legislative and electoral clocks, bankrupt adversaries, and delay, delay, delay.

Thankfully, as Rick Hasen observes, the other shoe has yet to drop in the Texas case. He writes, "[A] finding of intentional discrimination can be the basis, under section 3c of the Voting Rights Act, to put Texas back under the preclearance provisions of the Voting Rights Act for up to 10 years, at the court’s discretion. The court has scheduled further briefing on the section 3c issue for the end of the month." Perhaps a court whose patience has run out will finally call Texas Republicans to account. Recidivists being recidivists, they will immediately look for other avenues for gaming elections and suppressing political adversaries. But notice will have been given not only to them but to North Carolina as well. Whether the current Justice Department will do its job is another rant for another day.

There are laws against frivolous lawsuits and malicious prosecution. Yet none of which I am aware that enjoin or penalize politicians who repeatedly pass malicious legislation to harm those who would not vote with them or to "exact revenge" upon rivals in order to expand their own powers.

To call it that, or to call out such women and men out for it is thought the height of vile partisanship. The press will not do it. The courts, only in a courtly manner. So we go through the motions of treating bullshit as statesmanship, then wonder why America holds both major parties and Congress in contempt. We demand plain, unfiltered talk without demanding what is unfiltered is also true and not subterfuge. Honesty from the Republican camp these days comes as likely as not in the form of Kinsley gaffes.

Be they statesmen or polarizing personalities such as Richard Spencer, practitioners of bullshit react to those who challenge them with feigned hurt. Moi? In Coulteresque fashion, they figuratively (if not literally) toss their hair, rolls their eyes and sigh. The fault is ours in having misunderstood what they plainly said and plainly meant. How dare we question their motives, which are only honorable. As honorable as the men depicted in statuary erected by the United Daughters of the Confederacy in support of Jim Crow.

So are they all, all honorable men.