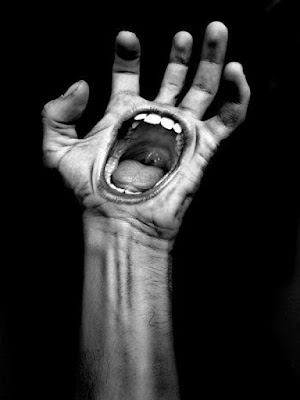 Humans' capacity for self-delusion is so boundless it is a shame it cannot be harnessed as a power source. Adam Serwer provided a short course on it this week at The Atlantic. Or rather, a tour de force in deconstructing the economic anxiety explanation for last November's election and our current crisis of nongovernance.

It's not that economic anxiety does not exist, but as a one-dimensional explanation for Trumpism, it is sciolistic, lazy and, Serwer would argue, a dodge. Money is fundamentally about power, as is politics. It's about who has it and who doesn't, about who is up and who is down, and, since we feel the need to, about how we measure ourselves against others. Even if we have no money to count.

At 10,000 words, "The Nationalist's Delusion" is not a quick read, but an important one that highlights a flicker of promise in the long fight against racism in the body politic. Most people, even many racists, do not want to think of themselves as racists. Public opprobrium and the vestigial capacity for shame still has at least that much heft.

During the final few weeks of the campaign, I asked dozens of Trump supporters about their candidate’s remarks regarding Muslims and people of color. I wanted to understand how these average Republicans—those who would never read the neo-Nazi website The Daily Stormer or go to a Klan rally at a Confederate statue—had nevertheless embraced someone who demonized religious and ethnic minorities. What I found was that Trump embodied his supporters’ most profound beliefs—combining an insistence that discriminatory policies were necessary with vehement denials that his policies would discriminate and absolute outrage that the question would even be asked.

In fact, supporters of candidate Trump thought themselves antiracist, "as people who held no hostility toward religious and ethnic minorities whatsoever—a sentiment they projected onto their candidate."

The ability to uphold a racist system while denying its essential nastiness goes back to the nation's founding. It is evident in defenses of slavery that held enslavement was the black man's natural condition and that slavery was beneficial. At the beginning of Civil War, vice president of the Confederacy, Alexander Stephens, declared in a speech the “great truth that the negro is not equal to the white man; that slavery, subordination to the superior race, is his natural and normal condition.” Later, sitting in his cell, Stephens claimed his words had been misreported by sloppy reporters.

W. E. B. Du Bois recounted the post-Reconstruction re-establishment of white hegemony in the South was aided by Northern white acquiescence. Preserving white laborers' position in the social hierarchy was more important than preserving the freedom for blacks so many of their friends had died to secure.

“North and South agreed that laborers must produce profit; the poor white and the Negro wanted to get the profit arising from the laborers’ toil and not to divide it with the employers and landowners,” Du Bois wrote. “When Northern and Southern employers agreed that profit was most important and the method of getting it second, the path to understanding was clear. When white laborers were convinced that the degradation of Negro labor was more fundamental than the uplift of white labor, the end was in sight.” In exchange, white laborers, “while they received a low wage, were compensated in part by a sort of public and psychological wage.” For centuries, capital’s most potent wedge against labor in America has been the belief that it is better to be poor than to be equal to niggers.

This is perhaps the heart of Serwer's essay. The argument that conservative voters are "voting against their best interests" is one I have condemned time and again. Besides suggesting they are stupid while asking for their votes (who is stupid?), it presumes maximizing their financial well-being is the primary driver behind their political allegiance. It is not. Power is. And if it is not power in the form of money, they will settle for what Du Bois called a "psychological wage."

It is not simply loss of actual wages behind Trumpism, but those psychological wages as well. It is about the perceived loss of white status in a browning America. It is why the complaint goes out across the land that whites face discrimination these days. Equality for all means less privilege for those who, consciously or not, believe themselves entitled to it by virtue of history and skin color.

Racism, sexism, xenophobia, hatred of the poor, the elite, the degreed: all overlays to the underlying threat Trumpists perceive to their position in the white, male-dominated social order.

Many whites who voted for Barack Obama in 2008 turned to Trump in 2016. In Appalachian towns where wooden houses march up the mountainside and threaten to fall down it. Where extension cords run across unplumb floors owners have no money to repair. And in towns such as Johnstown, PA, where the factories and mines have closed and much of Main Street. But also, as we have seen, in more upscale, white communities threatened by losing status to changing demographics. When one examines support for the reality TV star across all income levels, Serwer writes, his story "looks less like a story of working-class revolt than a story of white backlash. And the stories of struggling white Trump supporters look less like the whole truth than a convenient narrative—one that obscures the racist nature of that backlash, instead casting it as a rebellion against an unfeeling establishment that somehow includes working-class and poor people who happen not to be white."

These voters are people who voted for hope at the beginning of Obama's tenure and abandoned it by the end, believing if he had delivered at all, it was for people they consider their lessers, including immigrants. Not that they hold any animosity towards people of color or other religions, mind you.

Our sitting president is the primal scream of those whose American Dreams have turned to dust. They are not just economic dreams, but the promise of a better life. They used to measure that against their parents, true, but also against who stood below them on the social ladder. But with their finances unsteady, they will settle for better lives than people they consider inferior. Those are, after all, the bogeymen of GOP pitch men. In zero-sum politics, as in "The Art of the Deal," for me to win, someone else must lose.

If you can convince the lowest white man that he’s better than the best colored man, he won’t notice you’re picking his pocket. Hell, give him somebody to look down on, and he’ll even empty his pockets for you.

Candidate Trump gave white voters from across the wealth spectrum a rogues' gallery of Others he promised would lose. Thus, would America become great again.

Trumpism emerged from a haze of delusion, denial, pride, and cruelty—not as a historical anomaly, but as a profoundly American phenomenon. This explains both how tens of millions of white Americans could pull the lever for a candidate running on a racist platform and justify doing so, and why a predominantly white political class would search so desperately for an alternative explanation for what it had just seen. To acknowledge the centrality of racial inequality to American democracy is to question its legitimacy—so it must be denied.

If there is one thing at which America is exceptional, it is denial.