Haggling over the price by @BloggersRUs

Haggling over the price 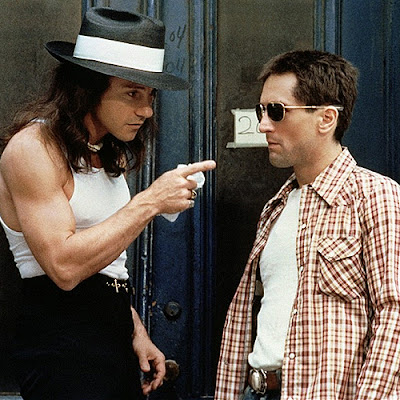 The president should require all his staff, departmental and congressional enablers to make public obeisance — kiss his ring, kowtow, whatever. Americans would have a public record of who among them has decided they no longer want a republic. Royalists want a monarch.

It is what President Trump wants, clearly, and he has clumsily set about extracting informal fealty oaths from those below him. Publicizing the process would separate the vassals from patriots. We will have established what kind of men and women they are. Indeed, we have already established that about many of Trump's men. Let us move on to inquiring of their price.

His move to oust FBI Deputy Director Andrew McCabe on Monday is not an attempt to curtail inquiry into what kind of a man Trump is. Trump has made that abundantly clear.

After he had fired James Comey, Trump saw TV coverage of Comey boarding an FBI plane for his return to Washington from Los Angeles. He called the acting director McCabe to find out who authorized the flight:

McCabe told the president he hadn’t been asked to authorize Comey’s flight, but if anyone had asked, he would have approved it, three people familiar with the call recounted to NBC News.

The president was silent for a moment and then turned on McCabe, suggesting he ask his wife how it feels to be a loser — an apparent reference to a failed campaign for state office in Virginia that McCabe’s wife made in 2015.

McCabe replied, “OK, sir.” Trump then hung up the phone.

Nor is Trump's move on McCabe an attempt to stop Special Counsel Robert Mueller from establishing guilt (of something), but to stop investigation into what Trump's price was. The great unanswered question Mueller has yet to reveal is What is Trump so desperately hiding?

Starting with James Comey's firing, Trump and his vassals have undertaken a slow-motion purge of Justice officials and a propaganda campaign against the FBI. Slowly, he is sweeping away nonbelievers who stand between him and his goal of quashing Mueller's Russia investigation. Forcing out McCabe puts Trump one domino closer to accomplishing that. Paul Waldman fleshes out why:

And here's something you might have missed: When Comey began taking detailed notes about his meetings with Trump and sharing information about Trump's behavior with colleagues so a contemporaneous record of Trump's appalling behavior could be established, one of the people he reached out to was, you guessed it, Andrew McCabe. You might have missed it, but I'll bet President Trump didn't.

But wait, there's more. You may have heard about the secret memo that Trump lickspittle and House Intelligence Committee chair Rep. Devin Nunes (R-Calif.) has been circulating among his Republican colleagues, supposedly showing anti-Trump bias at the FBI. The New York Times reports that it singles out Deputy Attorney General Rod Rosenstein for approving the continuation of surveillance of former Trump adviser Carter Page, whom law enforcement and intelligence officials suspect may have been acting as an agent of the Russian government. "The reference to Mr. Rosenstein's actions in the memo," the Times notes, "indicates that Republicans may be moving to seize on his role as they seek to undermine the [Russia] inquiry."

Because only Rosenstein can fire Mueller.

Release of the Nunes memo is designed to give Trump the pretext he wants to order Attorney General Jeff Session to fire Rosenstein. He could gun him down in the middle of 5th Avenue and his cultish base would applaud. Trump stopped short last year when Don McGahn, the White House counsel, threatened to quit rather than carry out an order to instruct Justice to fire Mueller.

But this isn't the Bush-Cheney White House. There will be no dramatic hospital showdown where the White House backs down from doing something illegal because a group of top Justice officials threaten to resign. Team Trump's response would be good riddance. Revoke their pensions.

The Tony Perkins Caucus has demonstrated there is no bottom to what they'll do in his service. They might as well formalize it for the cameras, declare their fealty on their knees, and drop the affectations of republicanism.