His own worst enemy by @BloggersRUs

His own worst enemy 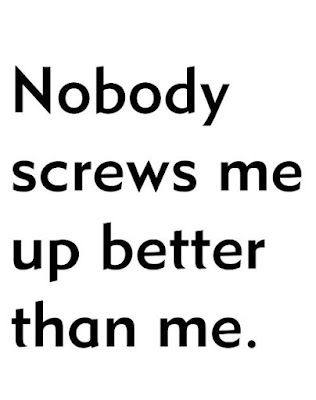 The "perjury trap" President Trump's allies worry about is the president's own mouth. Jonathan Swan reports at Axios there is high anxiety in the White House after Trump told the New York Times' Maggie Haberman last week he was willing and eager to speak under oath with Special Counsel Robert Mueller. (Careful readers know already any falsehoods told to federal investigators, under oath or not, can draw an perjury obstruction charge.*) Swan writes:

What I'm hearing: One source, who knows Trump as well as anyone, told me he believes the president would be incapable of avoiding perjuring himself. "Trump doesn't deal in reality," the source said. "He creates his own reality and he actually believes it." (The president's attorney, Ty Cobb, did not respond to a request for comment.)

But White House aides know Mueller doesn't have to set any trap. Trump only has to open his.

Someone with experience in seeing Trump testify under oath is Bloomberg's Timothy O'Brien. Trump sued O'Brien (IIRC) for libel for questioning the size of his worth in the 2006 biography, "TrumpNation." Trump lost.

Trump ultimately had to admit 30 times that he had lied over the years about all sorts of stuff: how much of a big Manhattan real estate project he owned; the price of one of his golf club memberships; the size of the Trump Organization; his wealth; his speaking fees; how many condos he had sold; his debts, and whether he borrowed money from his family to avoid going personally bankrupt. He also lied during the deposition about his business dealings with career criminals.

And because he is ruler of all that he sees, Trump "couldn’t resist saying that his minions at the Trump Organization and elsewhere were just following his orders, a boast that also raised the legal stakes for himself (even if he didn’t realize that’s what he was doing)."

He cannot help himself. Psychologically or legally.

Sen. Mark Warner (D-Va.) tells Politico “end-of-the-year document dumps” raised "a lot of new questions” one assumes the public has not yet seen. These add to why the president's defenders are working feverishly to discredit the FBI and the Mueller probe: