So he became a president today. Again. Not.

So he became a president today. Again. Not. 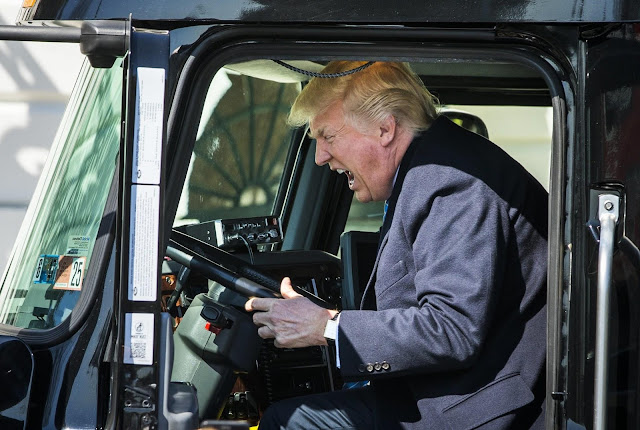 The media lost their minds while watching Trump's little bipartisan pageant this morning, saying things like:

"This is the presidency that a year ago we all thought Donald Trump was capable of... Just the notion of him being in command .. This is what people who had high hopes for the Trump presidency thought it would be, meeting after meeting like this." --- Dana Bash

There was more but I was distracted by my abrupt nausea and couldn't get it all down.


But this is what actually happened. He didn't understand what he was agreeing to and his GOP courtiers had to step in and steer Grandpa back to the position they want him to take:

Here's the incredible moment where Trump initially agrees to Feinstein's suggestion that they do a clean DACA bill, before being corrected by Republicans about what she was actually suggesting. pic.twitter.com/RaXAQAi8JF

There is no consensus. He made no deal. There was no leadership. He is still an f-ing moron.

They may come up with some kind of bipartisan agreement. I hope they do because otherwise 800,000 people are going to have their lives destroyed. And maybe the price for that is kissing the hem of this cretinous imbecile and acting as if he's somehow sentient and in charge.

But I am going to cling to reality no matter what. The mainstream media is undoubtedly yearning to bring "balance" back to their coverage, but I have no such desire. And I would just warn Democrats that behaving "reasonably" in this environment may not have the payoff they desire. Normalizing Trump will have very little upside for Democrats and nothing but a downside for the world.

He may have had a "good day" in that he wasn't screaming about his genius or the NFL but he's not normal.