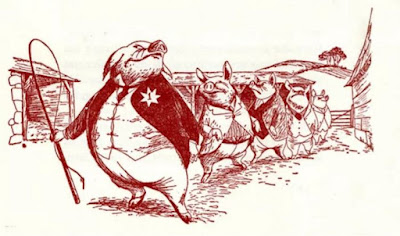 There is seemingly no limit to the lengths to which politicians will go to game the system that placed them in power. Once comfortably ensconced, erecting bulwarks against being pried loose is de rigueur.

There is also seemingly no limit to the lengths believers in the myth of widespread voter fraud will go to disenfranchising voters, reduce the voting pool, and (presumably) gain some electoral advantage from it.

At issue in Husted v. A. Philip Randolph was a state policy by which voters could be “purged” from the voter lists if they failed to vote in several consecutive elections, and then failed to respond to one notification sent out to them by the Ohio secretary of state’s office. The plaintiff was a veteran named Larry Harmon, who was purged after he didn’t vote in 2012 or in the 2014 midterms. Ultimately, this was a fight over a provision of the 1993 National Voting Rights Act, also known as the “Motor Voter” Law. Proponents of the Ohio system argued that the law permitted the kind of purge they conducted, as did the Help America Vote Act, passed in 2002, while opponents argued that the use of non-voting as a “trigger” to start the process of disenfranchisement was expressly forbidden by that same law.

General, could you tell me, there's a 24-year history of solicitor generals of both political parties under both -- Presidents of both political parties who have taken a position contrary to yours. Before the amendment and after the amendment. In fact, the Federal Election Commission, when it wrote to Congress with respect to the Help America Vote Act, took the position the old solicitor generals were taking. Everybody but you today come in and say the Act before the clarification said something different. Seems quite unusual that your office would change its position so dramatically. I might accept it if you thought the Help America Vote Act, in fact, clarified something that was ambiguous, but you're taking a very different position. You're saying even before that Act, it was clear you could do it this way.

On the steps of the court, a disenfranchised voter confronted Ohio Secretary of State Jon Husted: