Controlling the narrative, they're good at by @BloggersRUs

Controlling the narrative, they're good at 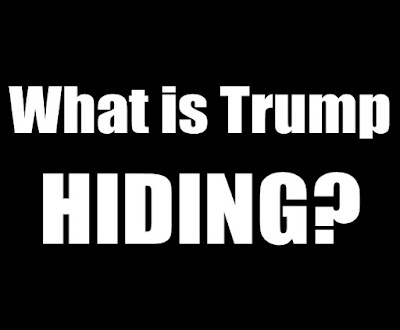 "He is doing the best job that we've ever seen," says Peaches McGuire Coates. "So proud," another chimes in.

The line between this group of dressed-alike, coiffed-alike Trump supporters and religious cult members is a soft-focused one. The behaviors of besuited Trump sycophants on Capitol Hill are no less fawning. They have left behind objectivity, personal integrity, and loyalties to the Constitution for a place at the master's feet.

Obstruction of the Special Counsel Robert Mueller Russia investigation is happening before the world's eyes. Trump's acolytes not only are not lifting a finger to stop it, they are enabling it.

Rep. Devin Nunes (R-Calif.) is doing Trump's bidding again. Nunes already discredited himself with unauthorized releases of classified material in his March 2017 attempt to peddle White House propaganda as an "unmasking" scandal. This time, he's back with his already infamous, unreleased memo alleging improper surveillance and anti-Trump bias at the FBI.

The kind of people who erected hundreds of statues to whitewash the Civil War after the fact are now erecting an ediface of lies about the FBI to discredit the Mueller investigation before it completes and releases its findings.

We are being gaslit into believing that, supposedly, those investigating Trump’s ties to Russia are so biased and corrupt that nothing they produce should be believed. Every once in a while, the true aims of this narrative are revealed. Rep. Matt Gaetz, the freshly elected Republican congressman from Florida, let the truth slip. He told CNN’s Jake Tapper in between his hits on InfoWars with Alex Jones, that there is “tremendous bias that should stop this probe from going forward.”

Which, of course, is the real goal of this week's Trump-Nunes effort. When fellow House Intelligence Committee member Rep. Mike Quigley (D-Ill.) asked Nunes if any of his staff had worked with the White House in preparing the memo, Nunes refused to answer.

FBI Director Christopher Wray took the extraordinary step Wednesday of issuing warnings the bureau had "grave concerns about material omissions of fact that fundamentally impact the memo's accuracy." Those, one top of warnings public release of the memo would exposed national security secrets.

Wednesday evening, Rep. Adam Schiff released a statement claiming the classified memo written by Rep. Devin Nunes and sent to the White House to be approved for public release included "material changes" from the version the House Intelligence Committee had approved.

Integrity is not a watchword for either Nunes or this administration.


It is all a grand distraction from the Russia inquiry which Trump has for over a year — criminally, perhaps — sought to quash, as well as to distract from White House obstruction of justice itself, something in which much of the Republican caucus has no qualms participating.

Paul Waldman writes at The Week:

There's no argument here about the substance of the Russia scandal. All their efforts right now are geared toward discrediting the FBI, the Justice Department, the people who work for Robert Mueller, Mueller himself — essentially anyone who might be in a position to hold Trump accountable. The point is to delegitimize them all, so that whenever we get the full truth on the scandal, Trump can survive it.

None of which Trump's cultish base cares about anyway. They'll wave away extramarital affairs, money laundering, obstruction of justice, being in thrall to Russian oligarchs, maybe even videotape from a Moscow hotel room, which may yet turn up.

The same may have been true at this point in the Watergate investigation. It didn't matter until it did. Whether that template still holds is in question.

Democrats would do well in this election year to remember that any message they may have about jobs, the economy, and safety is being buried by their own focus on Russia-gate. On those topics, as well as on the trajectory of the Russia investigation, Trump is their master too. He controls the narrative. It's about the one things he's good at.