He's not even trying to hide it

He's not even trying to hide it 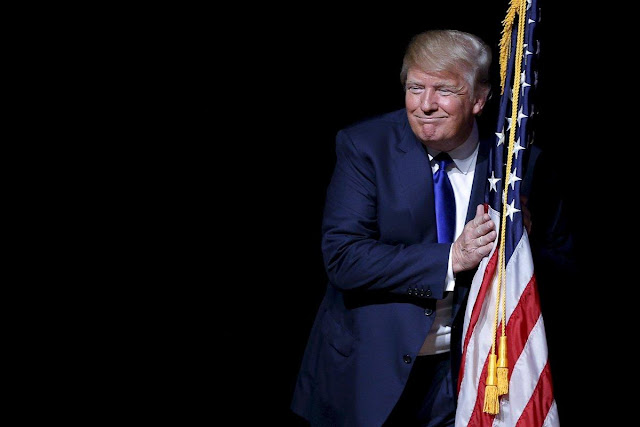 At the GOP retreat today Paul Ryan said this about The Memo:

"What this is not is an indictment of the FBI, Department of Justice. It does not impugn the Mueller investigation"

Somebody forgot to tell Trumpie:

In recent phone calls, Trump has told friends he believes the memo would expose bias within the agency's top ranks and make it easier for him to argue the Russia investigations are prejudiced against him, according to two sources.

As the debate rages about whether the GOP memo is inaccurate and misleading -- and whether it's appropriate to reveal such classified intelligence at all -- Trump appears to be more preoccupied with the political calculus. He views the memo as proof the intelligence community was unfairly targeting him and fodder for his ultimate goal of bringing an end to the Russia investigation that he has dubbed a "witch hunt," sources said.
Trump himself has reviewed and read the memo, as well as discussing it with chief of staff John Kelly and the White House counsel's office, a White House official told CNN.


The President continues to seethe over the Justice Department's handling of nearly everything Russia-related, sources said. Recently, much of that anger has been directed toward his Deputy Attorney General Rod Rosenstein, who oversees Mueller and the Russia investigation.

But on Wednesday Trump was also upset in the wake of the FBI's statement challenging the release of the controversial memo crafted by Republicans on the House Intelligence Committee, led by Chairman Devin Nunes, a Trump ally.
The FBI's harshly worded statement was a rare public rebuke, all the more stinging now that the bureau is led by Director Chris Wray, who Trump handpicked after he fired James Comey last May [...]
People familiar with the President's thinking say the fate of Rosenstein remains in question amid the expected release of the Nunes memo.
One person suggested if Rosenstein merely submitted an application to renew a FISA warrant (one granted under previous leadership and based, in part, on information from the infamous Steele dossier) that probably wouldn't be a damning enough revelation for Trump to move to fire Rosenstein.
But another person said Trump is so frustrated with the Russia investigation and, in turn, Rosenstein that he may look for any opportunity to build a case for Rosenstein's firing. He could argue that Rosenstein failed to scrutinize the information initially used to request the warrant and therefore didn't do his due diligence. These discussions are ongoing within the White House, one of the sources said[...]

Republicans, especially those closely aligned with Trump in the House, have argued the memo must be released because it details abuse of power by law enforcement officials. But Democrats have said that memo is nothing more than an attempt by Nunes -- who was a member of the executive committee leading Trump presidential transition team -- and other Republicans to undercut special counsel Robert Mueller's Russia investigation.

If this happens, it appears the FBI will fight back:


FBI director Christopher Wray is prepared to issue a rebuttal if the White House releases Rep. Devin Nunes's classified memo alleging inappropriate surveillance of the Trump campaign by the FBI and Justice Department, according to CBS News senior national security analyst Fran Townsend. The FBI issued a statement Wednesday that they have "grave concerns" about the memo and the "material omissions of fact that fundamentally impact the memo's accuracy."

I'm going to guess if this happens Trump will explode. He expects Wray to be his loyal henchman. Look what he did to Jeff Sessions simply for recusing himself. Imagine how he'll react to someone openly questioning him.

The White House now says that they will give the memo back to the congress tomorrow and tell them the president has "no objection" to releasing it. They say it will not be redacted.

This is being done in order that the WH can pretend they had nothing to do with it. Nobody who is sentient believes that. Which means that millions of his followers and all of his GOP henchmen do.