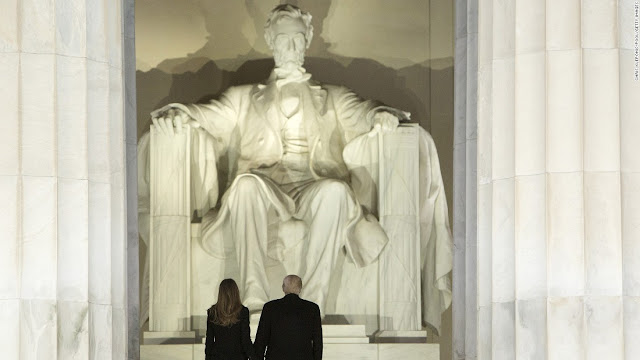 Ezra Klein has published an interesting overview of the new book "How Democracies Die" over at Vox. He talks about the book's central thesis that nations in the modern era lose their democratic character by exploiting democratic processes rather than overthrow. (I wrote a little bit about it on Salon a couple of weeks ago.) The whole article is worth reading but this is the nub of it:

Where How Democracies Die makes its contribution is with an unusually clear analysis of why these norms are so embattled in America.

Levitsky and Ziblatt trace a troubling thread of American history: Our democracy was built atop racism and has been repeatedly shaken in eras of racial progress. The founding compromises that birthed the country included entrenching slavery and counting African Americans as three-fifths of a person. The bloodshed required to end slavery almost ended our democracy with it — habeas corpus was suspended, a third of American states sat out the 1864 election, and the South was under military occupation.

Then in the the Civil War’s aftermath, the pursuit of equality fell before the pursuit of stability — in Reconstruction and continuing up through the mid-20th century, the Democratic and Republican parties permitted the South to construct an apartheid state atop a foundation of legal discrimination and racial terrorism, and it was in this environment that American politics saw its so-called golden era, in which the two parties worked together smoothly and routinely. Levitsky and Ziblatt tell this story well:


The norms sustaining our political system rested, to a considerable degree, on racial exclusion. The stability of the period between the end of Reconstruction and the 1980s was rooted in an original sin: the Compromise of 1877 and its aftermath, which permitted the de-democratization of the South and the consolidation of Jim Crow. Racial exclusion contributed directly to the partisan civility and cooperation that came to characterize twentieth-century American politics. The “solid South” emerged as a powerful conservative force within the Democratic Party, simultaneously vetoing civil rights and serving as a bridge to Republicans. Southern Democrats’ ideological proximity to conservative Republicans reduced polarization and facilitated bipartisanship.

The tale doesn’t end in the mid-20th century. The racial progress of the civil rights era led to a series of political assassinations and, shortly thereafter, to the election of Richard Nixon — who quickly caused a democratic and constitutional crisis of his own. In the aftermath of that period, little was done — and much was undone — on civil rights, and American democracy stabilized.

That is, it stabilized until the election of President Barack Obama, which led to a hard turn toward confrontation in the Republican Party, and — perhaps predictably, given this history — to the election of Donald Trump, who pairs racial resentment with a deep skepticism of both democratic process and the legitimacy of his opponents.

Making our present moment yet more combustible is a deep transformation of our political coalitions:


The nonwhite share of the Democratic vote rose from 7 percent in the 1950s to 44 percent in 2012. Republican voters, by contrast, were still nearly 90 percent white into the 2000s. So as the Democrats have increasingly become a party of ethnic minorities, the Republican Party has remained almost entirely a party of whites.


And it doesn’t stop there:

“In other words,” write Levitsky and Ziblatt, “the two parties are now divided over race and religion — two deeply polarizing issues that tend to generate greater intolerance and hostility than traditional policy issues such as taxes and government spending.”

It’s these underlying trends, they argue, that are making it harder for Americans to tolerate each other, harder for partisans on both sides to accept each other. The parties have become more distant ideologically, racially, religiously. They look over the divide and see a coalition that doesn’t look like them or think like them, that doesn’t like them, that actively fears them — indeed, a recent Pew survey found that 49 percent of Republicans, and 55 percent of Democrats, say they are “afraid” of the other party. Keep that in mind as you read this paragraph:


If the definition of “real Americans” is restricted to those who are native-born, English-speaking, white, and Christian, then it is easy to see how “real Americans” may view themselves as declining. As Ann Coulter chillingly put it, “The American electorate isn’t moving to the left — it’s shrinking.” The perception among many Tea Party Republicans that their America is disappearing helps us understand the appeal of such slogans as “Take Our Country Back” or “Make America Great Again.” The danger of such appeals is that casting Democrats as not real Americans is a frontal assault on mutual toleration.

If that is your mindset, how can you compromise? How can you abide by the niceties of politics-as-usual?

Again, for the thousandth time, I quote Lincoln:

Your purpose, then, plainly stated, is that you will destroy the Government, unless you be allowed to construe and enforce the Constitution as you please, on all points in dispute between you and us. You will rule or ruin in all events...

These natural, and apparently adequate means all failing, what will convince them? This, and this only: cease to call slavery wrong, and join them in calling it right. And this must be done thoroughly - done in acts as well as in words. Silence will not be tolerated - we must place ourselves avowedly with them. Senator Douglas' new sedition law must be enacted and enforced, suppressing all declarations that slavery is wrong, whether made in politics, in presses, in pulpits, or in private. We must arrest and return their fugitive slaves with greedy pleasure. We must pull down our Free State constitutions. The whole atmosphere must be disinfected from all taint of opposition to slavery, before they will cease to believe that all their troubles proceed from us.

This is the fundamental contour of American politics. When the two parties take opposite positions on slavery, now racial equality, we are divided. It's hard to believe that we are back to this place, but we are. And we can try to ascribe that to other motives all we want, it won't change anything.