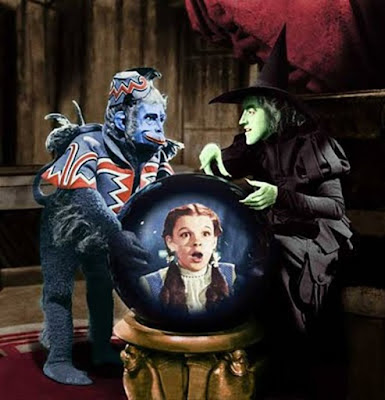 At the Heraklion airport on Crete I first noticed guards with submachine guns. It was 1977. Signs warned passengers not to take photos. (The airport is both civilian and military.)

Days after seeing those submachine guns on Crete, a customs officer at Kennedy International airport handed back my passport and offered a friendly, "Welcome home."

Those other countries were exotic and interesting to visit, but no place like home.

Home meant no soldiers with automatic weapons patrolling the streets. That was those other places.

Home meant no military parades with goose-stepping soldiers and missiles. That was those other places.

American exceptionalism, if it has any meaning, means we do not need to show off for the cameras. An occasional flyover maybe at an air show, but not tanks and rocket launchers rolling down Pennsylvania Avenue.

Now President Donald Trump wants to turn my home into one of those other places. I don't like it. Not one bit.

The loveless, insecure man in the Oval Office wants a military parade to show dictators his military is bigger. This post turtle wants to return the salutes of a thousand marching warriors so he can feel manly. Americans of true character and quiet strength need to see that as much as they need to see him display his engorged penis.

Paul Waldman writes for the Washington Post about the parade Trump hopes to officiate:

The parade will of course be presented as “honoring the troops,” as though we have a real problem these days with people not making a public show of praising the troops often enough. Along with that assertion will be the insistence — not even implied, but directly stated — that if you say it’s a stupid idea, then it means you hate the troops, and America to boot.

In reality, like everything Trump orders, this will be about him, not about the troops or America or anything else. He is the most self-focused president we’ve ever had. This is a man who regularly refers to “my generals and my military” and says things such as “I’ve created over a million jobs since I’m president,” who slaps his name on everything in sight, who is so childishly self-centered that his national security briefers make sure to mention him every few paragraphs in any document they give him, knowing that’s the only way he’ll read it.

And many Republicans can’t get enough of it. They cheer his attacks on any media outlet that doesn’t give him glowing coverage, they join in the assault he launches on whoever he decides is his enemy today, they pretend it’s no big deal when a hostile foreign power meddles in our elections so long as it helps Trump, they proclaim him the great and noble leader America has been thirsting for. They do all this for a man who possesses not a single identifiable human virtue.

A military parade is about the most un-Gary Cooper stunt Trump could ask for. Sen. Lindsay Graham (R-S.C.) told reporters a parade to show off American military might is “kind of cheesy and a sign of weakness.”

Louisiana Republican Sen. Kennedy told reporters on Wednesday, "I think confidence is silent and insecurity is loud,” adding America has no need to show off its might.

Except Trump does. That he craves a military display to rival those in Moscow’s Red Square is a over-the-top obvious, even for him. And a national embarrassment.

The morning of September 11th, 2001, I was in a construction trailer in northern New Hampshire. I'd flown into Boston the day before. When I returned to Logan International to fly home 10 days later, it was the Airport of the Living Dead. All the terminals but one were dark. In the terminal with lights, the banks of flight monitors were almost all black. There seemed to be more guns than passengers. There was a SWAT team with submachine guns, National Guard troops with rifles, INS agents with sidearms. "Safer" is not the word to describe it.

But when I touched down in Atlanta, there was nothing. One MARTA cop in the arrivals area. It was an eerie contrast, but at least it felt normal.

Little has felt normal since Trump took office with a speech that left former president George W. Bush muttering, “That was some weird shit.” A year later, Trump is getting weirder and America feels even less like home. The people with the power to do something about it lack the integrity to.