The Trump-Russia conspiracy is a political problem

The Trump-Russia conspiracy is a political problem 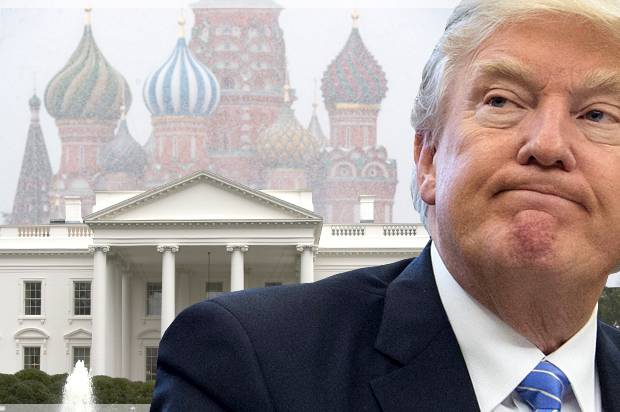 Josh Marshall responded to the recent spate of "hot takes" from the latest iteration of beltway kewl kidz who dismiss the idea that Trump could have conspired with the Russians to win the election for reason ranging from the fact that he's too stupid and disorganized to the idea that he couldn't have kept his mouth shut about it if he'd done it. And because there has been no "smoking gun/silver bullet" that emerges yet to prove it, and there may never be one, the whole thing is overblown and people need to stop talking about it.

Among other things, Marshall writes:

... the manifest disorganization of the Trump operation and whether they had their shit together enough to conspire with anyone. This has always struck me as a basic misunderstanding of how spy work operates. Perhaps also human nature. Spies looking to infiltrate, compromise and direct a foreign organization look precisely for chaotic and disorganized contexts. They look for gullible people. They look for pleasers. They look for people who are desperate, broke, blackmail-able. These are all features, not bugs. This must have made the Trump campaign an irresistible target for Russia. Because it had all the key vulnerability points in spades. I think anyone who makes this argument really doesn’t know what they’re talking about.

The shambling character of the Trump campaign does suggest that the campaign itself likely wasn’t a foreign intelligence operation – as in, Vladimir Putin called up Donald Trump one day, told him he was running for president and that he would be setting him up with a crew of trained operatives to staff out his campaign. But this is of course a ludicrous theory and almost insanely high bar for what counts as a problem.

As I wrote a month ago, one thing that makes me think the fix wasn’t totally in from the start is precisely the evidence we have of all the contacts. If Trump had a firm understanding or partnership with Russian spies or Vladimir Putin at the outset, why all the cold approaches? That doesn’t quite fit. If anything it’s a potential source of danger. Why send a cut-out to meet with Don Jr. at Trump Tower or strike up a connection with George Papadopoulos? All these pieces of evidence, among the most damning we know of, suggest the relationship was being built over the course of the campaign, regardless of Trump’s pre-existing relationships in Russia.

But the biggest problem with this skeptics argument is this idea that if that explicit and formal agreement doesn’t exist – the “smoking gun” as skeptic Blake Hounshell puts it – that there’s “nothing there.” This strikes me as entirely wrong, not only as a legal matter but far more as a civic matter. This is for many reasons but the principal one is that corrupt transactions are often tacit. You’re helping me. I’m helping you. It’s a good thing for both sides. No need to complicate it.

We already know that Russian spies and cut outs made numerous approaches to Trump campaign staffers and, as far as we know, always got a positive reception. As Don Jr. put it, when presented with the possibility of getting dirt on Hillary Clinton from what was explicitly described as the Russian government trying to help elect Trump President, “If it’s what you say I love it especially later in the summer.”

The Trump campaign, through multiple channels that we know about, made it clear repeatedly that they wanted to play ball. Repeatedly with a consistent message. Did Donald Trump himself know about or approve these contacts? I don’t know or rather don’t have proof. But you have to be terribly naive to think that Trump’s comically approval-starved son Don Jr didn’t loop his dad in on this great opportunity he’d come up with.

But none of these are the key thing. That is this: For the second half of 2016 Donald Trump himself and his campaign knew that Russia was engaged in a wide ranging effort to subvert the 2016 campaign and to work to get him elected. Yet despite this knowledge he and his campaign continued to approve numerous contacts with Russian government officials, clandestine meetings, receive offers of assistance. He also continued to push a decidedly Russia friendly policy agenda, even to the point of threatening to short-circuit or abandon the NATO alliance – probably Russia’s principal foreign policy goal not only today but decades back into the Cold War. They continued to authorize all of this, continued to feel out the possible dimensions of the relationship and, critically, made no effort to contact the FBI or other relevant federal agencies about a plot they knew these agencies were tracking and trying to combat.

Now, key question: How do I know they knew this? First, they knew because the Russians told them. Explicitly told them. Second, they knew what all of us knew. Remember: from late July through November there was a constant stream of reportage detailing Russian efforts. At the time that was mainly tied to the theft and distribution of emails. But the Russian use of social media bots and sock puppets as well as Russian-state owned English language media were apparent too. A lot was public in the fall of 2016. But the critical thing is this: starting in August, Donald Trump personally, as well as various high-ranking members of his team were briefed on the Russian interference effort by US intelligence and law enforcement officials. We know this, Mr. Trump and we want to make sure you know.

If hearing it from the Russians themselves wasn’t enough, if seeing the numerous press reports wasn’t enough, the US government’s intelligence leaders telling him certainly should have been. Repeatedly. Notably, they likely included a number of key details we in the public only learned as much as a year later.

He knew. He 100% knew. And yet they continued on with the contacts and clandestine discussions and public policy promises right up to election day and intensified them during the transition. Not once, as far as we know, did anyone associated with the Trump campaign or Trump himself speak to anyone from law enforcement or the intelligence community and say, “Hey, you told us about that interference campaign. This one guy contacted us and we had a few conversations with him. Just wanted you to know.”

Of course, Trump or Jared Kushner or Paul Manafort or Don Jr might have said, “Hey, now that you mention it, we actually took this meeting in Trump Tower in June. And someone said it was the Russian government itself trying to give us dirt. We just wanted you to know.”

Not once. None of that happened. To me this shows a clear consciousness of guilt and more specifically a desire to participate – ‘collaborate’ is probably the better word – in the Russian operation out of the view of the US government which was trying to prevent it. Note here that I haven’t even gotten into the after the fact obstruction, calling in the the Russia Foreign Minister and sharing the most closely held US intelligence secrets or the continued refusal to impose sanctions mandated overwhelmingly by Congress.

I don’t know what this means as a legal matter. That involves facts I don’t know and legal knowledge I lack. As a civic matter, however, it is already a scandal almost unparalleled in American history. They knew they were playing ball and they did play ball. To say that only a signed contract (the ‘smoking gun’) will mean there’s a there there is both a wild and unparalleled goalpost moving but also a basic misunderstanding of how subversion efforts and information operations work.

Read on for the rest.

I confess that I'm astonished that anyone would think this is not a very big deal. That the president refuses to acknowledge that another nation sought to help him win the presidency by using social media and illegal hacking is bad enough. And that he has refused to take any action to prevent it happening in the future is appalling. But it seems to me that he has actually fulfilled his side of the bargain openly and without shame by constantly praising its leadership and refusing to implement laws passed by congress for the purpose of deterring future action.And now he is blaming his predecessors for failing to do what he is failing to do, even threatening to prosecute Hillary Clinton for colluding with Russia!

People dismissing this as "Oh that's just Trump being Trump" are missing the point. This is the most corrupt administration ever --- they are literally making millions off of the presidency while in the White House. The president also has the most authoritarian temperament in modern memory, constrained so far only by the rickety institutions of the courts and some rump aspects of the Department of Justice and the military. This is a very, very unhealthy situation that will not be made better by shrugging our shoulders at how this man managed to con his way into power.

If laws were broken, we'll find that out. We all must be skeptical about that because we simply do not have all the facts yet. He is innocent until proven guilty in the eyes of the law. But we already know that Donald Trump is politically, culturally and socially corrupt on an unprecedented scale. All you have to do is read his damned twitter feed to see it. And, worse, his party is falling right into line behind him. Just look at the pathetic spectacle of MItt Romney groveling and genuflecting to the man he once despised.

Adopting a jaded, world weary attitude about what he's doing to this country and the rest of the world isn't being a "skeptic" or a "contrarian." It's being part of the problem.