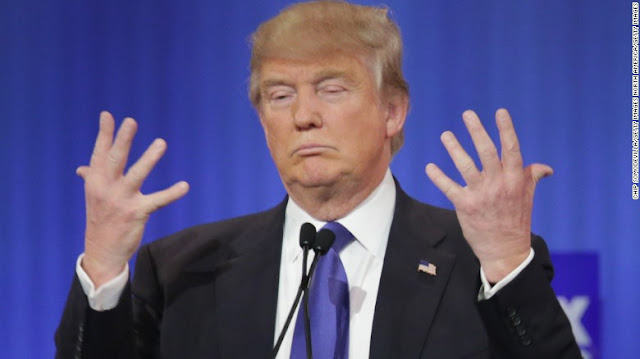 From his rally last night:

Trump, ranting, yells about the dangers of immigration and recounts incidents of violence in grisly details. The crowd is mostly silent. pic.twitter.com/7f0gydspCn

He absolutely loves to share these stories. It's a window into his mind. He's twisted.

I know we're not supposed to use the "F" word, but this is fascist demagoguery, people. There is not other way to define it.

The rally was full of the usual illuminating comments. This one I thought was particularly interesting. He sees himself as a liberator.

They greeted him with flowers ...

And then there's this.

Trump brags about the size of his hands.

"We'll build new strength into our country, new hope into our communities, and we'll do it all with these big, beautiful hands. Look at these hands." pic.twitter.com/AcNEh8KgWU

This is not a stable person. But you knew that.