This fine fellow is highly respected by our president: 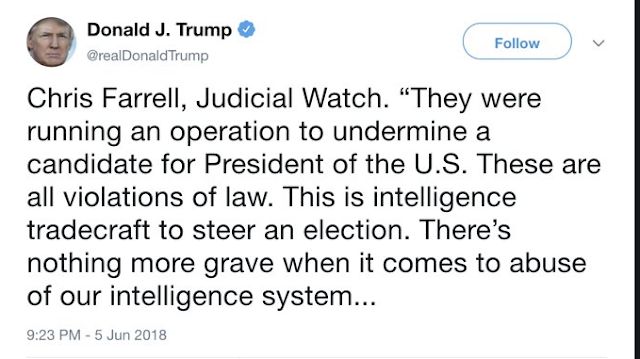 Here's the man Trump thinks so highly of on Lous Dobbs'show this week-end:

Straight out of the Protocols of the Elders of Zion. Just moments ago, Lou Dobbs guest Chris Farrell (head of Judicial Watch) says Caravan is being funded/directed by the "Soros-occupied State Department". pic.twitter.com/QBSong7uk1

It sounds like somebody's familiar with white nationalist jargon. He didn't say ZOG (Zionist Occupied Government), but he sure alluded to it with that Soros-Occupied State Department line.

It wasn't the first time:

Of note: This is not the first time this particular guest has talked about the "Soros occupied" State Department. He made a similar comment earlier this year in May. pic.twitter.com/LQ3DI0cPRh

Fox says they aren't going to have him on any of their shows anymore. Seems even they won't condone Stormfront rhetoric.

Dobbs is still there and in good standing. As you know, Trump cherishes Lou. 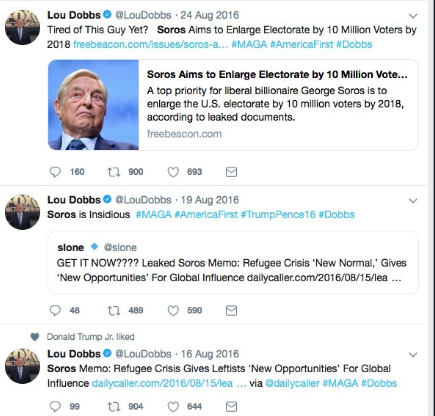