Look closer to home by @BloggersRUs 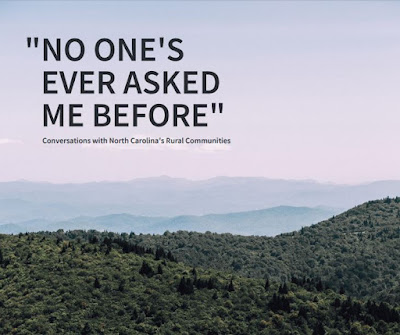 Twice in twenty years the U.S. Constitution has awarded the presidency to a candidate receiving a minority of votes. The elections of 2000 and 2016 highlight weaknesses in the constitutional architecture that bear addressing. Yet the document resists redesign. That is as baked in as the Electoral College and the structure of the Senate.

Atlantic's Parker Richards considers the past and future of efforts at eliminating the Electoral College.

Senator Birch Bayh of Indiana attempted in 1969 to garner enough Senate support for a constitutional amendment to determine the presidency by popular vote. While support was bipartisan, Richards writes, so was opposition. His measure passed the House well clear of the two-thirds vote required, but two cloture votes in the Senate failed. The proposal died.

Popular vote is not the only corrective for consideration. Allocating states' electoral votes proportionally gained popularity with Republicans after 2012. Such a system would have awarded the presidency to Mitt Romney with a minority of the popular vote.

Other proposals have their plusses and minuses, yet the system remains intractable, Richards writes:

In 2018, the argument that parts of the Constitution lack utility as a 21st-century governing document is gaining ground in progressive circles. The unrepresentativeness of the Senate, problems surrounding gerrymandering, and voting-rights issues are challenging to redress without constitutional change, and partisan gridlock makes such shifts politically unviable. Berman, the former aide to Bayh, believes it would be all but impossible to enact a constitutional amendment revising the Electoral College today. But that doesn’t mean the effort is futile. “Everything that has happened since 1970 has proved we were right,” he says.

An October Atlantic piece by Richards examines the prospects for constitutional changes to eliminate the Senate or to ameliorate its undemocratic character either by constitutional amendment or by adding or breaking up states.

But fascination with eliminating the Electoral College or Senate, by amendment or some Rube Goldberg arrangement, only highlights the over-emphasis voters (and many activists) place on politics in Washington when the real battles for the country's future lie outside the Beltway. Given the damage being wrought there even now, that position may raise eyebrows. Nonetheless, voters who see their rights under assault and their health at risk from harsh policies passed in the states have more proximate concerns than who will win the presidency in 2020 and how. While those issues are worth examining, looking to Washington or a constitutional solution for salvation is to hope for some deus ex machina that is not arriving anytime soon.

The problem for Democrats is they are not competitive enough in the so-called red states to win those electoral votes or to earn the Senate majority they need to influence legislation and Supreme Court appointments. There exists no constitutional barrier to them working harder there.

In rural counties across their states,"Stacey Abrams in Georgia, Andrew Gillum in Florida and Beto O’Rourke in Texas ... performed worse than President Barack Obama did in 2012," Martin writes:

“There’s a baseline percent of the white vote you have to get to win and you can’t get to it just through young and progressive excitement,” said Steve Schale, a Florida-based Democratic strategist who worked on Mr. Obama’s campaigns there and last week wrote a memo urging his party to grapple with why they got close but lost some key races this year. “The path from 48 to 50 is like climbing Mount Everest without oxygen.”

While Mr. Obama is remembered for galvanizing an ascendant bloc of voters of color, millennials and unmarried women, Mr. Schale said, “the piece of the Obama coalition that people forget is that he did not sustain these kinds of losses in rural and exurban areas.”

Obama put people on the ground there. Boosting turnout in the blue cities was not enough for these statewide races. Nor is it enough to gain control of 2021 redistricting in state legislatures controlled by conservatives elected in rural districts.

Ignoring those districts won't win them. "Turning out the black vote" in congressional districts that are 90 percent or more white isn't viable either.

Down Home North Carolina (DHNC) surveyed 1,384 residents of Alamance and Haywood Counties in North Carolina in 2017. Some key findings on rural voters' struggles and what solutions rural working-class families look for (I get a warning about the pdf download):

• Residents of rural counties are more unified than might be expected.
• The dominant concerns of those surveyed were about economic pressures
• Rural North Carolinians have complex feelings about government
• President Trump is blamed most overall
• Solutions that focused on meeting basic economic needs were far and away the most popular
• “Overcoming prejudice and racism” stood out as one of the top-three solutions, identified by half (50 percent) of respondents
• There exists a strong relationship between poverty, participation, and hope

The title of their report speaks to why Democrats get less traction in rural America: "No one’s ever asked me before.”

While the status quo public narrative often highlights deep and seemingly insurmountable division across gender and racial lines, our survey exposes major areas of agreement among the majority of the multiracial working class.

Gender was not a significant factor in determining responses; only a few questions produced responses that were statistically different based on gender.

Race was a more significant variable in general, but, on many questions, the differences across race were less pronounced than often thought. Most significantly, meeting basic needs was a challenge for large majorities of respondents of all races. Solution categories that focused directly on meeting basic needs received support from even greater majorities of respondents across race and gender.

You must be present to win applies to more than raffles.