A pimped-out pauper? by @BloggersRUs 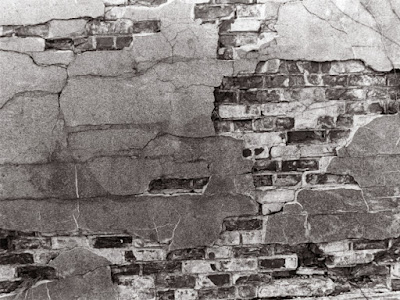 Rumored U.S. president Donald J. Trump set the world reeling Wednesday and announced without warning and by tweet he had defeated ISIS and would withdraw U.S. troops from Syria. On Thursday, Defense Secretary James Mattis announced his resignation in a pointed letter that omitted the usual pleasantries proffered on such occasions. No it has been an honor serving with you, not even a "Sincerely yours." Mattis schooled Trump on what he believed the nations's role in maintaining international order is and should be — in respectful cooperation with the country's allies — and, in doing so, made clear Trump shares none of those views. Mattis is done with him.

"Mattis was perhaps the only Trump administration official who had the unconditional trust of America’s closest allies," write Greg Jaffe and Karoun Demirjian in the Washington Post. Allies abroad shuddered. Trump listens only to Trump.

Except for "Fox & Friends," Ann Coulter, Sean Hannity, and Rush Limbaugh. Branding him a “gutless president,” ordinarily Trump-friendly pundits grew livid at Trump's caving to Congress on approving a continuing resolution to keep the government open. The bullies bullied the bully into reneging on his agreement to sign the Senate-passed CR without border wall funding. Trump renewed his threat to shut down the government over border security. "I would ask for wall. We need wall," DHS Secretary Kirstjen Nielsen told a House committee Thursday.

Inside the Oval Office on Thursday, Trump was in what one Republican close to the White House described as “a tailspin,” acting “totally irrationally” and “flipping out” over criticisms in the media.

An unnerved stock market continued its slide. Russia celebrated, and the Taliban in Afghanistan. Trump ordered 7,000 troops to leave.

The country picked a helluva week to stop sniffing glue.

But the most tantalizing clue to what is driving Trump besides his own demons is Wheeler's suggestion that Trump is hopelessly in debt to Russia, Turkey perhaps, "and whatever bank is fighting a demand from Mueller that it turn over evidence of Trump’s graft." For every favor they've done him, they expect a return.

"Trump knows he’s screwed. He’s just not sure whether Putin or Mueller presents the bigger threat," Wheeler wrote in August.

Why is anyone surprised that Trump's willing to shut down our government when it's clearly not the one he works for?

Nevertheless, at the moment where it has become increasingly clear that Mueller knows much of whatever blackmail these partners have over Trump, Trump has chosen, instead, to alienate the Senators who might keep him from being impeached by evacuating from Syria and, later reports make clear, Afghanistan.

Trump is, on a dime and without warning to our closest allies, rolling up the American Empire. And he’s doing it not because he’s a peacenik — as far too many self-described progressives are trying to claim — but because ruthless, committed authoritarians have convinced him he needs their continued approval more than he needs the approval of even the Republican hawks in the Senate.

Donald J. Trump has spent his life sustaining the fiction that he is smart, savvy and successful. He has done it by evading the law, by having his father bail out his many failures, by intimidating those he has cheated, and by trading on a brand juiced with hot air and relentless self-promotion. But as sitting president he faces career justice officials who cannot be bought or intimidated, and powerful foreign oligarchs whose safety deposit box keys he can only dream of fondling.

Now the law is at last closing in. Trump's foundation has been ordered closed, its assets turned over to charity. New York state recognizes no federal pardon to absolve state crimes. Soon enough, Trump's tax returns will no longer be secret. And if Wheeler is right, his foreign handlers are calling in their chits and Trump is scrambling to pay up. It's December 21 in New York. In Moscow, in Ankara, and in Beijing it is already Christmas.

The only sources of cash for sustaining Trump's shaky enterprises and inflated self-image are Russian banks and, investigations may reveal, money laundering. Trump's patrons can end him.

Is it possible the one thing keeping the air from bleeding out of the Trump Organization is foreign autocrats' money, that he has none that isn't theirs, and that the law Trump has evaded his whole life doesn't frighten him as much as being revealed as a pimped-out pauper?


If you find what we do here to be helpful in understanding what's happening around us in this wild political era, if stopping by here from time to time gives you a little sense of solidarity with others who are going through their days as gobsmacked by events as you are, I hope you'll find it in your heart to drop a little something in the Hullabaloo stocking to help me keep the light on for another year.

The paypal buttons are on the sidebar and below as is the snail mail address.

As always I am immensely grateful for your continued loyalty and interest in my scribbles.

And I wish all of you Very Happy Hollandaise!