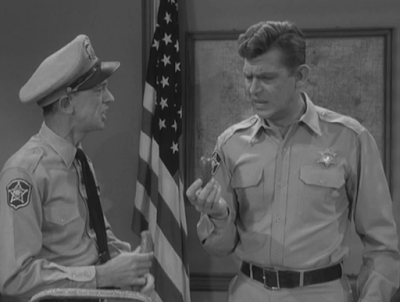 The strange tale of election-rigging in North Carolina's 9th Congressional District gets stranger. Courtesy of Judd Legum's newsletter, "Popular Information," the state Board's decision to put on hold certification of the race in which Republican Mark Harris leads Democrat Dan McCready by 905 votes just got stranger:

The decision comes after substantial evidence of improprieties involving absentee ballots. A series of affidavits submitted suggests that a man named Leslie McCrae Dowless, who was hired by the Harris campaign through a contractor, systematically falsified, manipulated, and potentially destroyed absentee ballots -- particularly in Bladen County. Harris won Bladen County by 1,557 votes, more than his margin statewide. [districtwide, TS]

In fact, requests for absentee ballots in Bladen ran at 7.5 percent, while elsewhere in the district it was under 3 percent. Furthermore, the high percentage of the requests that went unreturned in Bladen and Robeson Counties — as many as 3,400 — suggests ballots collected by contractors working with Dowless were falsified or destroyed. Of voters in Bladen requesting absentee ballots, 19 percent were Republicans, yet Harris received 61 percent of the absentee vote.

Here's another affidavit from a Bladen absentee voter. One reason why state officials apparently looking into such cases. #ncpol #nc9 #ncga pic.twitter.com/qC1EpVLsXp

As the problems in North Carolina's 9th District have garnered national attention, one important aspect of the story has gone unreported: McCrae Dowless' criminal record. Records from the North Carolina Department Of Public Safety obtained by Popular Information reveal McCrae Dowless has been convicted of multiple crimes.

This isn’t the first time Dowless’s name has come up in relation to voting shenanigans: In 2016, several people filed complaints about campaign workers hired by Dowless who were collecting absentee ballots, as WECT reported at the time. (Confusing matters even further: Dowless was, at the time, alleging voter fraud undertaken by Democrats. There’s a lot going on here.)

Dowless was paid as a contractor by the Harris campaign in 2018, the Charlotte Observer reported. He denies any wrongdoing.

Michael Bitzer of Old North State Politics provides a handy chart to display how Bladen's and Robeson's absentee non-return rates diverge from the rest of the district: The key takeaway is if the state Board decides to call for a new election, it may if there is evidence the election was conducted unfairly, even if the amount of fraud might not have been substantial enough to alter the outcome.

“By my statutory reading and interpretation, it doesn’t matter whether there are enough votes that may or may not necessarily change the outcome,” Bitzer told Vox.

That outcome is, as they might say in Mayberry, an Aunt Bee pickle, and may well land parties back in court again. Republicans have spent quite a lot of time there since taking full control of state government in 2013.

They will be back there again anyway. Voters approved a "blank check" voter ID constitutional amendment in November, the blanks to be filled in by Republican legislators during the current lame-duck session. That work is in progress. As soon as Republicans override Gov. Roy Cooper's expected veto, they will be back in court defending it. One estimate puts the costs of that defense at $12 million. (The state spent nearly $5 million defending its last voter ID law, and losing.) For reference, their 2012 Amendment One prohibiting same-sex marriage did not survive court scrutiny after passage.

"This tells me that the election system is broken, even ore [sic] reason voter ID is needed," one commenter wrote on the state Democratic Party chair's Facebook page.

That, despite presenting IDs having no role in absentee ballot fraud or this kind of suspected election-rigging. But like tax cuts being their economic cure-all, whatever the election malfeasance, voter ID is the Republican answer. Even though impersonation fraud, the only kind voter ID might reliably catch at the polls, is all but an imaginary problem.

Don't believe me? How about the Heritage Foundation's accounting from a period covering about 2 billion general election votes? I took a look through it the other day. 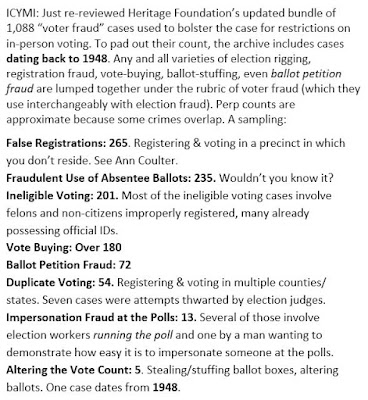