Nice little America you have here

Nice little America you have here 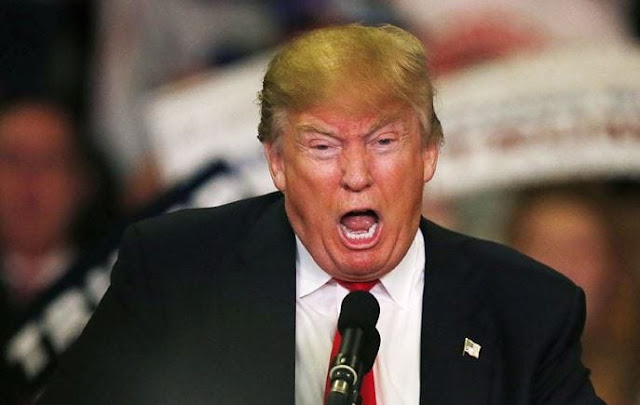 The president of the United States vows to hold his breath until he turns blue unless he gets his wall:

We will be forced to close the Southern Border entirely if the Obstructionist Democrats do not give us the money to finish the Wall & also change the ridiculous immigration laws that our Country is saddled with. Hard to believe there was a Congress & President who would approve!

....The United States looses soooo much money on Trade with Mexico under NAFTA, over 75 Billion Dollars a year (not including Drug Money which would be many times that amount), that I would consider closing the Southern Border a “profit making operation.” We build a Wall or.....

.....close the Southern Border. Bring our car industry back into the United States where it belongs. Go back to pre-NAFTA, before so many of our companies and jobs were so foolishly sent to Mexico. Either we build (finish) the Wall or we close the Border......

.....Honduras, Guatemala and El Salvador are doing nothing for the United States but taking our money. Word is that a new Caravan is forming in Honduras and they are doing nothing about it. We will be cutting off all aid to these 3 countries - taking advantage of U.S. for years!

He's suggeting cutting off the nose to spite the face in both instances. "Closing the border" will cost billions and demanding that central American nations "keep their people" from emigrating by cutting off aid will makes the situation that much worse --- and more people will be forced to leave in order to survive.

This "border crisis" is not a crisis. People have been migrating back and forth over that land for centuries. There are actually many fewer today than there have been in the past. It's just a racist scapegoating ploy to keep his ignorant voting base riled up.

He's holding the federal workforce, border businesses and all of Central America hostage to his silly wall, all because Ann Coulter and Rush Limbaugh have grabbed him by the presidency.


If you value what we write here, I hope you'll consider supporting the blog with a couple of bucks. If you've already donated, I thank you from the bottom of my heart. If you haven't and would like to, the paypal buttons are on the sidebar and below as is the snail mail address.

Buckle up everybody. It's going to be a very bumpy New Year ...