Saboteurs not statesmen by @BloggersRUs 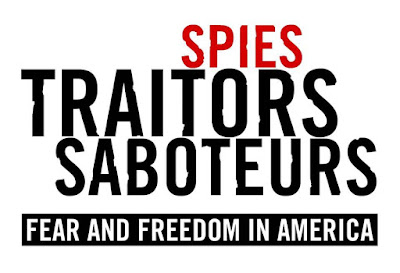 Following a script written in North Carolina two years ago, Wisconsin's Republican-controlled legislature in a lame-duck session on Friday introduced a package of legislation sharply curtailing the authorities of incoming Democrats elected statewide. During a hearing Monday, state Rep. Katrina Shankland (D) called the effort “a slap in the face of every voter who voted in record turnout in the midterms.”

Republicans proposed moving the 2020 presidential primary date in an effort to advantage a conservative state Supreme Court justice. Other proposals would weaken the governor's power to appoint members to the Group Insurance Board and Walker’s scandal-wracked Wisconsin Economic Development Corporation Evers has pledged to dissolve. The attorney general's office is also the focus of legislation to minimize its powers by shifting them to the legislature still dominated by the GOP.

Opponents shouting “Respect our votes!” and “Shame!” filled the hallways of the state capitol in a scene reminiscent of rallies held eight years ago to resist Walker's anti-union legislation.

The Progressive describes the effort bluntly:

The Republicans’ plan is fairly obvious—to keep Wisconsin’s government in an unchanging zombie state until 2022, when the Republicans hope to regain control of the governor’s mansion and attorney general’s office.

And to help make sure this happens, they’re also aiming to change the rules of early voting. In 2018, there was record turnout for a midterm election. And, as we know, more people voting is to Republicans as Dorothy’s pail of water was to the Wicked Witch.

"The partisans behind this preemptive lame-duck coup d'etat are beyond shame," declares a Beloit Daily News editorial, calling the move an effort by Republicans to kneecap Walker's successor:

Proponents will claim governors have had too much power and this is only an appropriate rebalancing of power with the legislature. The lie in that line can be found in the fact Republicans have controlled the legislature since the 2010 election, and not once noticed Governor Walker was wielding too much power.

Wisconsin Republicans who called the lame-duck session to rescue 390 jobs at a Kimberly-Clark plant moved on to targeting the incoming Evers administration. After the re-election defeat of Gov. Pat McCrory in 2016, North Carolina Republicans called a similar session to address Hurricane Matthew disaster relief, but quickly pivoted to passing a sweeping package of legislation to hobble the incoming Democrat Roy Cooper.

John Weaver, a former strategist for the John McCain and John Kasich presidential campaigns blasted the Wisconsin GOP effort in a tweet:

What a fucking outrage. When you can't win, cheat. When you lose, cheat for the next election. Then whine and whine. Jesus. https://t.co/6orFzmpKa7

Similar efforts against incoming Democrats are underway by the GOP in Michigan, prompting MSNBC's Chris Hayes to declare the GOP "a party that is increasingly declaring war on democracy itself."

The late President George H.W. Bush lies in state in the Capitol rotunda. Allies and adversaries alike will pay their respects and offer plaudits for his career as a statesman. The party he once led, however, is burying more than one man. The GOP might as well be burying whatever legacy it once had.

Republicans demonstrate again and again they do not want to govern. They want to rule. They have abandoned all pretense of respect for democratic principles. Their decline did not begin under Donald Trump, but it has accelerated, as well as their disrespect for any rule of law or democratic process that would hold them to account. Laws are for punishing their adversaries. They are no longer America's statesmen, but its sabotuers.