The new Nullification by @BloggersRUs 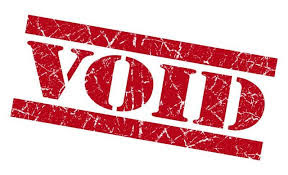 "Once you start down the path of diluting, obviating, nullifying the results of an election, it’s very hard to pull back from that," Norman Ornstein tells NBC News. Ornstein, an American Enterprise Institute scholar, responded to the domino-like chain of events in states from North Carolina to Wisconsin to Michigan in which controlling parties seen to have lost ground in the last election quickly moved to undercut the powers of the incoming electeds — governors of the opposing party, most notably.

Two years ago, Republicans in control of North Carolina's state House and Senate used the lame-duck session to "kneecap" the incoming governor, Democrat Roy Cooper, after he defeated Republican Pat McCrory. That tactic has now spread to Wisconsin and Michigan.

Dennis Dresang, emeritus professor of public affairs and political science at the University of Wisconsin-Madison, says this flies in the face of Wisconsin's traditions:

"In the 1970s and ‘80s, for example, vacancies have explicitly been left open so the newly elected governor [of a different party] could fill them,” Dresang said. “When Scott Walker was elected governor in 2010, his predecessor, [Democrat] Jim Doyle, did not proceed with a grant of $810 million from the federal government for high speed rail because during the campaign Walker said he opposed the project."

Those days are gone. Lame-duck sessions are now tools Republican legislatures employ to salt the earth and poison wells ahead of advancing political opponents.

The actions speak to a growing attitude that government's role is to advance the interests of tribe and one's cronies rather than for civic purposes like improving the nation and the lot of its people. For the grifter class, Matt Taibbi once wrote, government is "a tool for making money." And now, it seems, for denying rivals' access to it.

Since its 19th century struggles with slavery, states lacking the leverage to work their wills in Washington have claimed the right to nullify laws they felt disfavored them. As if they, not just presidents and governors, held veto power over popular sovereignty. That sentiment long held by the sovereign citizen movement now manifests itself among state legislators seeing their grips on power erode. Of late, they are Republicans. Their faith in democracy is unshakable so long as they win.

By this logic, absent an extant criminal record, no one — not even pre-prosecution Al Capone — should ever get charged with a crime. Never having been in jail becomes a Get Out of Jail Free card.

Rampell cites a short list of "well-heeled, well-connected" persons who have "found the quality of Republican mercy unstrained." For the poor there are long sentences and/or crippling fines even for minor offenses.

Citing an adage of Latin American strongmen, Rampell writes: "For my friends, everything. For my enemies, the law." 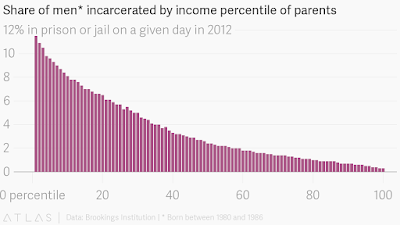