The political risks "hard to calculate" by @BloggersRUs

The political risks "hard to calculate" 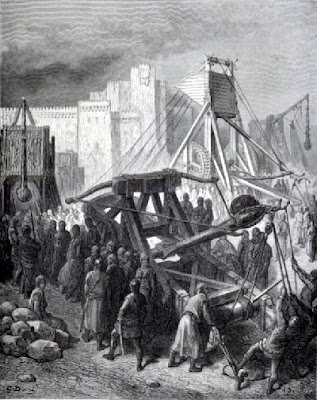 How is Donald J. Trump sleeping this weekend? There is plenty to keep him awake — eventual indictment — even if his Twitter feed does not show it.

The press smells impeachment in the water and is aflutter with speculation. There is "no ambiguity," Associated Press reports, in the court filings Friday in the case against Trump's former personal lawyer, Michael Cohen, that federal prosecutors believe Trump was involved in the actions to which Cohen pleaded guilty.

The next question is whether a sitting president can be indicted. Many column inches will fill with speculation over that question. Citations of precedent will follow along with references to past reports from the Justice Department Office of Legal Counsel. All very titillating. All premature.

Rep. Jerry Nadler of New York, future Democratic chairman of the House Judiciary Committee (in January), tells the New York Times the question of impeachment is far from settled. Potential charges are collusion with the Russians to interfere with the 2016 election, obstruction of justice, and fraud committed against the American public. Among those is the campaign finance felony for which Cohen faces jail time. And the but?:

If the campaign finance case as laid out by prosecutors is true, Mr. Nadler said, Mr. Trump would be likely to meet the criteria for an impeachable offense, and he said he would instruct his committee to investigate when he takes over in January.

But he added that did not necessarily mean that the committee should vote to impeach Mr. Trump. “Is it serious enough to justify impeachment?” he asked. “That is another question.”

As a White House under siege held a holiday dinner Friday night, the Times continues, Trump advisers reassured the sitting president while he is not at risk legally, "the political risks are hard to calculate."

Even if a sitting president cannot be prosecuted, the only legal impediment to charging an ex-president, at least on the campaign finance violation, is the five-year statute of limitations. Josh Blackman of South Texas College of Law Houston reminds the AP that Trump made secret payments in 2016 to silence adult-film actress Stormy Daniels and former Playboy model Karen McDougal. The statute of limitations on that charge runs out in 2021.

One of the biggest open questions is not about Mueller, but SDNY. They've concluded the president committed a crime, and they have hard evidence to prove it. What do they do with that? They can't just drop it.

That raises the question of what Trump, left in office, might do to remain there at least through January 2025. Hanging onto the presidency beyond 2021 might allow him to escape prosecution for the campaign finance charges without the political faux pas of attempting to pardon himself.

The special counsel focuses on Mr. Cohen’s contacts with people connected to the White House in 2017 and 2018, possibly further implicating the president and others in his orbit in conspiracy to obstruct justice or to suborn perjury. Mr. Mueller specifically mentions that Mr. Cohen provided invaluable insight into the “preparing and circulating” of his testimony to Congress — and if others, including the president, knew about the false testimony or encouraged it in any way, they would be at substantial legal risk.

Mr. Trump’s legal woes do not end there. The special counsel also advanced the president’s potential exposure under the Foreign Corrupt Practices Act for activities relating to a potential Trump Tower Moscow. Mr. Mueller noted that the Moscow project was a lucrative business opportunity that actively sought Russian government approval, and that the unnamed Russian told Mr. Cohen that there was “no bigger warranty in any project than the consent” of Mr. Putin.

"Cohen’s conviction alone should be sufficient for putting the fear of a post-presidential indictment into Trump," Eric Levitz writes at New York magazine:

There is a significant chance that in 2020, Donald Trump will be running for a second-term — and from the law — simultaneously. And if that proves to be the case, the consequences for American political life could be dire.

Trump sowed doubts about the validity of the 2016 election if he lost — when he expected to lose. With Trump not even on the ballot in 2016, he alleged a migrant invasion organized by the Democratic Party might steal the election. His conspiracy mongering inspired a follower to attempt the assassination of prominent Trump critics, Levtiz adds.

What might Trump (or his followers) do in 2020 when his freedom is on the ballot?

For now, the sitting president (I use the phrase to remind myself this too will pass) seems committed to insisting on living in his preferred alternate reality and has adopted a “shrugged shoulders” strategy. The Washington Post reports there is no war room set up in the White House to combat the negative press. His staff takes messaging cues from his tweets:

“A war room? You serious?” one former White House official said when asked about internal preparations. “They’ve never had one, will never have one. They don’t know how to do one.”

For the rest of us, Trump's incompetence, while cold comfort, is at least some comfort. The country may yet live through this.