Truth, justice, and the un-American way by @BloggersRUs

Truth, justice, and the un-American way 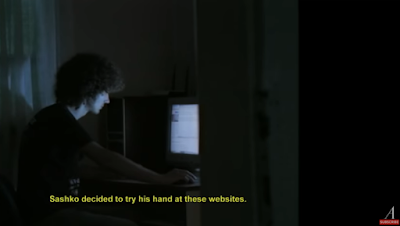 Truth and a life spent in pursuit of it seems as anachronistic these days as donning replica armor and doing "battle" in city parks on weekends.

One hundred and fifty or so friends, colleagues, and former students attended a memorial last Sunday for Dr. Tom Buford, retired chair of the philosophy department at Furman University. Truth was his business. Tom told me in his office long ago a philosophical argument, no matter how logical, that left you with a world you could not live in was not worth much.

And here we are many years later watching a world constructed of alternative facts and lies facing its greatest adversary, special council Robert Mueller's team of F.B.I. investigators. "Just the facts, ma'am" is probably embroidered on their underwear. Uncovering truth, sieving it from a sea of lies, is, like pursuing philosophy, a vocation.

If the special counsel, Robert S. Mueller III, has proved anything in his 18-month-long investigation — besides how intensely Russia meddled in an American presidential election — it is that Mr. Trump surrounded himself throughout 2016 and early 2017 with people to whom lying seemed to be second nature.

Mueller's team of truth-seekers meets the liars with "thick binders documenting their text messages, emails and whereabouts on any given date."

“People are conspiring against themselves, and they are playing right into Mueller’s hands,” he said. “If Flynn had said he discussed sanctions, he could very well be national security adviser today,” he added. Instead, Mr. Flynn awaits sentencing for lying to F.B.I. agents about various matters, including his talks with the Russian ambassador over whether the new administration would lift sanctions against Russia.

The reasons for the lies vary, but, not surprisingly, people were most often trying to protect themselves. Mr. Cohen, Mr. Trump’s longtime fixer, said in federal court this past week that he had misled Congress about the details of a Trump hotel project in Moscow because he did not want to contradict the president’s own false characterizations of his business dealings in Moscow. He specifically cited his loyalty to Mr. Trump, referred to as “Individual 1” in court papers, as the reason for his crime.

They lie from a twisted sense of loyalty, for fame, for power, for money. Trump lies for all those reasons, maybe more.

As the absentee ballot fraud scheme in North Carolina's uncertified 9th Congressional District race unravels, one of the alleged conspirators boasted about the money he'd be paid:

Another affidavit claimed that a Bladen County man named Leslie McCrae Dowless had acknowledged “doing absentee” for [incumbent Republican Mark Harris] and said that he would receive $40,000 if Harris won. “You know I don’t take checks. They have to pay me cash,” the affidavit quotes Dowless as saying.

It is remarkable what moral compromises people will make provided the right incentives. Intelligence and foreign policy analyst Malcolm Nance recently mentioned the acronym used in the intelligence community for motives behind people becoming spies. MICE: Money, Ideology, Compromise or Coercion, and Ego. It was money that made “Sashko” lie for a living.

Filmmaker Kate Stonehill's "Fake News Fairytale" tells the story of a Macedonian teenager who took up spreading fake news for a quick buck until he saw what havoc his actions contributed to thousands of mile away:

“I think there’s a common misconception that people who write fake news must have a nefarious desire to influence politics one way or another,” Stonehill told The Atlantic. “I’m sure some of them undoubtedly do, but I met many people in Macedonia, including Sashko, who were writing fake news simply because they can make some money.”

Stonehill believes the first step to combatting the seductive proliferation of falsehoods is opening up an honest, critical discussion about technology, speech, and politics in order to better understand the fake-news phenomenon. “How, when, and why did the truth lose its currency?” she asked. “Who is profiting when the truth doesn’t matter? In my opinion, we’re only just beginning to unpack the answers to these questions.”


We live in capitalism, its power seems inescapable – but then, so did the divine right of kings. Any human power can be resisted and changed by human beings. Resistance and change often begin in art. Very often in our art, the art of words. - Ursula K Le Guin