What the hell is it? by @BloggersRUs

What the hell is it? 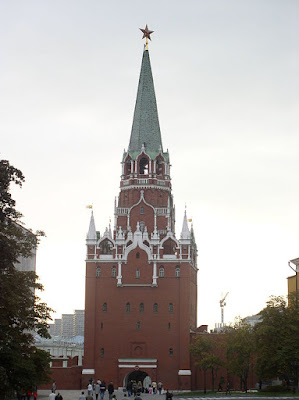 Judge Emmet Sullivan knows something you and I do not. He has seen the unredacted portions of special counsel Robert Mueller's 302 filing and probably more. What he's seen made him very, very peeved with former national security adviser Michael Flynn.

During Flynn's sentencing hearing in Washington on Tuesday, Sullivan took eight minutes to read aloud from the lies Flynn pleaded guilty to telling FBI agents regarding his communications with Russian officials. Sullivan took care as he began to ask attorneys and staff to signal him if in his remarks he began straying into sensitive areas.

Saying he would not hide his disgust that Flynn as a transition member and senior Trump White House official repeatedly lied to the Justice Department, Sullivan dressed down the retired lieutenant general:

“This is a very serious offense,” Sullivan told Flynn, even after Mueller’s prosecutors told the judge they agreed that Flynn should face little to no incarceration because he cooperated with their investigation.

The judge pointed to the American flag behind his bench and told the decorated combat veteran that he had undermined it: “Arguably, you sold your country out.”

After his angry lecture concluded, Sullivan told Flynn, “I can’t promise you a sentence that involves no jail time.” Sullivan asked if (after 19 interviews) Flynn had concluded his assistance to the government, and strongly recommended Flynn ask for a sentencing delay. He might use it to find still more ways to aid the special counsel's investigation in the meantime.

"The more you assist the government the more you arguably help yourself at the time of sentencing," Sullivan said.

The FBI may be done with him, but Flynn has gone to lengths to conceal what he knows, even risking jail time to protect his secrets and Donald Trump. Whatever Sullivan knows and cannot say, he thought Flynn had not done enough ameliorate the damage he'd done to the country.

What that is exactly we still do not know, but there is likely more to it than Trump's need to have his name on a tower in Moscow. What was so bad Flynn would knowingly risk his reputation and jail to hide it? What more does the FBI think Flynn's not telling?

Still remaining publicly untangled: Trump son-in-law Jared Kushner's reasons for wanting a Russian embassy backchannel for communications with the Kremlin during the transition; what happened at Erik Prince's January 2017 meeting in the Seychelle Islands with Kirill Dmitriev, head of a Russian government-controlled wealth fund and close associate of the Russian president; what role the company from "Country A" engaged in a weeks-long fight over a Special Counsel's Office subpoena for documents plays in the Russia investigation. Tuesday, the U.S. Court of Appeals for the District of Columbia Circuit sided with the government. Little else is known about that area of inquiry or what else may yet surface.

Even if the sitting president was not part of a formal conspiracy to with Russia to rig the 2016 presidential election, Greg Sargent writes, Donald Trump and Vladimir Putin's disinformation teams seem even today remarkably on the same page.

Two reports prepared for the Senate Intelligence Committee reveal not just the scope of the Russian social media disinformation attacks during the campaign, but that they continued after the 2016 election with efforts to discredit the Mueller investigation:

This underscores two important truths. First, in undermining the Mueller investigation, Trump’s and Russia’s interests reinforced one another.

In this sense, Democratic campaign operatives who battled Russian disinformation in the 2018 cycle say that these post-election attacks on Mueller drew on a similar tactic to that used during the campaign. “The Russian influence campaigns often pour gasoline on a fire that is already burning,” said Simon Rosenberg, who worked to counter disinformation for the Democratic Congressional Campaign Committee. “It is far more efficient and effective to amplify and extend divisive narratives already in circulation.” Russian attacks on the Mueller probe appear to have echoed ones Trump was already making.

Second, in attacking Mueller, Trump’s and Russia’s interests actually overlapped. But even more crucially, those overlapping interests were served by the concerted undermining of U.S. institutions, something that both of them undertook to do.

Broader than investigating the 2016 interference and Trump's participation in it, Mueller's task is forward-looking and aimed at stopping future attacks. Vladimir Putin has strategic reasons for keeping Trump in office. Already pundits suggest Trump's likely strategy for winning reelection is not to expand his base and sell more snake oil. It is to use relentless attacks that render any opponent equally toxic. That aligns nicely with the strategy Putin is already using against other nation states. If he cannot raise himself up, he can knock them down. And if he succeeds in undermining law enforcement as well, Putin preserves for 2020 and beyond the money laundering and other financial tricks that help facilitate that goal. In Trump, Putin has a willing ally. They want the same things.


If you find what we do here to be helpful in understanding what's happening around us in this wild political era, if stopping by here from time to time gives you a little sense of solidarity with others who are going through their days as gobsmacked by events as you are, I hope you'll find it in your heart to drop a little something in the Hullabaloo stocking to help me keep the light on for another year.

The paypal buttons are on the sidebar and below as is the snail mail address.

As always I am immensely grateful for your continued loyalty and interest in my scribbles.

And I wish all of you Very Happy Hollandaise!