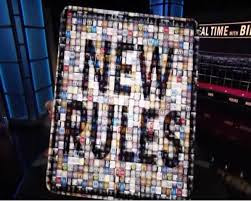 "A man allegedly chased a woman into a karate studio. It went just how you think," read the teaser headline at CNN. In north Charlotte Thursday, a man tried to force a woman into his car. She broke free and ran into a nearby karate dojo for help. The attacker entered, tried to push past the instructor, swinging, to get to her and, well, you know.

The right wing's attacks this week on Democrats' freshman congresswomen ended about as well:

On the eve of Alexandria Ocasio-Cortez’s swearing-in as the youngest woman ever elected to the House of Representatives, video footage from her college days suddenly appeared on the internet.

The video showed Ms. Ocasio-Cortez, 29, dancing barefoot on a rooftop. If it was meant to be an embarrassing leak, it backfired badly.

The dance video — a mash-up of 1980s dance moves from the movie “The Breakfast Club” and the music of “Lisztomania,” by the French band Phoenix — proved to be too endearing to many social media users. Some also saw a right-wing effort to undermine Ms. Ocasio-Cortez, a liberal Democrat known as “AOC” among her fans.

The video quickly turned into a meme, with fans remixing it with different dance tunes.

They weren't the only ones thumbing their noses at would-be critics. AOC fired back:

I hear the GOP thinks women dancing are scandalous.

Wait till they find out Congresswomen dance too! 💃🏽

Have a great weekend everyone :) pic.twitter.com/9y6ALOw4F6


"Rep. Rashida Tlaib (D-Mich.) made history Thursday afternoon for being the first Palestinian American woman sworn into Congress," reported the Washington Post. Then she sent the right wing into a full-on hissy-fit when she spoke as bluntly and plainly as their patron saint.


As the news cycle tried to grind her down, Tlaib was, well:

I will always speak truth to power. #unapologeticallyMe


Chris Savage of Eclectablog tweeted, "To paraphrase nearly every Trumpeter I’ve ever read about, “Yeah, her language might be a bit rough but she’s just saying out loud whatever one else is thinking. I love how she’s not afraid to say it like it is.”

Except, of course, they don't love it when it's a Democrat. But these women are not playing by the old rules. Let Oliver Willis explain how that game used to work:

the old "bitch-slap theory of conservative politics" (since renamed) simply does not work on people like ocasio or the parkland kids because they understand how to punch the right back in the face. and i hope other dems learn it. https://t.co/JDLaeNPSd8

the way its supposed to work is conservatives attack liberals in their most vulnerable spot and liberals whine like babies about unfair play and conservatives laugh in their face while pulling down liberal's pants.

but whats happening in these cases is the freshman dem reps and parkland kids were, like bane, born in the fires of the instant response culture. so instead of tsk-tsking the right like john kerry did circa 04, they just fuck em up rhetorically and its the gop who loses pants.


It's why Democrat Sen. Dick Durbin of Illinois was done when he delivered a tearful apology after a week-long, right-wing hissy-fit in response to his "gulag" criticism of conditions at Gitmo (2005). Senate Majority Leader Bill Frist no doubt walked solemnly back to his office, closed the door and doubled over laughing. Durbin was right, and they barked fiercely in his face until he rolled over on his back and peed in the air. It's a dominance move. No higher principle to it.

This new crew isn't playing that. For Democrats of that 80s, 90s, and 00s cohort, "survival depended on constantly cutting deals with people who increasingly weren't willing to compromise," futurist Sara Robinson wrote in a Facebook post:

It made them timid, pragmatic, cautious, malleable in the hands of donors, and limited in their ability to dream big dreams about what's politically possible.

But that moment is over now. And this new one demands the opposite of timidity. The rising generation demands big, sweeping visions, bold new policies, a hunger for risk, and brass enough to tell the usual donors to piss off.

Not to mention their conservative critics. For now, right-wingers don't seem to know what's hit them.