The electric future sneaks up by @BloggersRUs

The electric future sneaks up 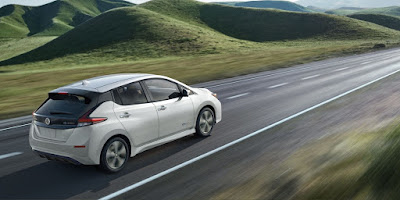 Electric vehicles are more common than ever around here. The Toyota Prius is everywhere. The Nissan Leaf is slowly coming into its own. A neighbor owns a Tesla. Range is still limited, but improving along with prices. A friend drives a Leaf around town, but keeps her older, gas-powered Subaru for longer trips.

The EV and clean energy industries are not something I've watched. But freelance journalist Gregor Macdonald does, as well as watch their impact on oil. He has been publishing a newsletter on "the unfolding story of this global energy transformation" at TerraJoule.us since April 1, 2013 and he wasn't joking.

Someone else will surely weigh in with the net-carbon footprint downside of building personal vehicles at all, but a long tweet thread of Macdonald's that caught the attention of Chris Hayes Sunday night was one of the most hopeful(?) things I've read in some time.

Macdonald begins bluntly, "China just killed the future of the internal combustion engine." The transition has arrived sooner than expected. Sale of gas-powered cars is in decline there. "Indeed, the cost-crash for energy transition has been so revolutionary on a global level," Macdonald writes, "that simple price incentives now taking place at the consumer level are effectively turning what had been costs to gains."

10/ Here's how China's vehicle market was shaping up coming into mid-year 2018. It had joined the global slowdown in total vehicle sales, but, only mildly. EV growth very strong. But ICE still growing. And most wondered if EV sales could really hit 1 million. pic.twitter.com/HN1xiSQoOd

11/ But in the 2H of 2018 China's total vehicle market broke down pretty hard. For the first year in decades, sales went into outright decline. That opened up risk that EV sales would get hurt too. But no. EV now on pace to sell 1.2 million in 2018. *ICE growth is over in China.* pic.twitter.com/l2wfl5Ckwy

Electric power generation from wind and solar, Macdonald writes, is expanding and the costs are falling more rapidly than projected. Sale of internal combustion vehicles in California has fallen for the second year in a row. Pure electric (EV) and plug-in hybrid (PHEV) vehicles are at 8.7% of sales in the world's 5th largest economy. Plus "it takes 70% less energy to move an EV a mile down the road," Macdonald explains, writing, "Gasoline is in trouble." He believes we have reached a tipping point, and he is not alone:

Combustion engine car sales to hit peak demand in 2018, say analysts as sales are unlikely to be surpassed in any future year and electric car production ramps up. https://t.co/7Q02DhLQXe via @financialtimes

How do large physical systems change? Not overnight. First growth slows. Then growth goes flat. And then the decline. The reason you can't intuit how much trouble oil and fossil fuels face is because you see easily see the dependency on them, but less so the transition.

The White House still in climate change denial and a proposal to use a 70% marginal tax rate to fund a "Green New Deal" is unlikely to pass a Republican-controlled Senate. News that market forces and technology are slowly doing what politics cannot will not be upbeat enough for climate change activists. But at this moment in 2019, we have to take our good news where we can get it.