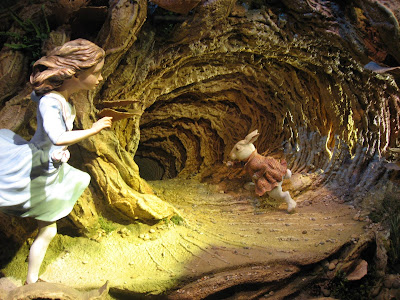 Bezos, the richest man in the world and owner of the Washington Post, was not having it, writing, "If in my position I can’t stand up to this kind of extortion, how many people can?"

An "AMI leader" own told Bezos that Pecker is “apoplectic” over the Bezos investigation of AMI. Now, in this post-factual world it is wise to approach any such story with caution, even if the perpetrators put their extortion demands in writing. AMI did. Bezos adds:

In the AMI letters I’m making public, you will see the precise details of their extortionate proposal: They will publish the personal photos unless Gavin de Becker and I make the specific false public statement to the press that we “have no knowledge or basis for suggesting that AMI’s coverage was politically motivated or influenced by political forces.”

If we do not agree to affirmatively publicize that specific lie, they say they’ll publish the photos, and quickly. And there’s an associated threat: They’ll keep the photos on hand and publish them in the future if we ever deviate from that lie.

President Trump has identified Bezos and the Washington Post as political enemies. AMI has already struck an immunity deal with federal prosecutors over deploying its “catch and kill” operation to aid in Trump's election. This action may have violated that non-prosecution agreement.

On MSNBC’s “The Last Word” with Lawrence O’Donnell Thursday, former Los Angeles bureau chief for the National Enquirer told O'Donnell that in Bezos Pecker had met his match:

“We have finally gone through the looking glass and we are way beyond yellow journalism — we are now in the area of the RICO Act,” he explained, referring to the Racketeer Influenced and Corrupt Organizations Act, which federal prosecutors use to combat organized crime.

“This is extortion,” George concluded.

The Washington Post has more. Pulitzer Prize winner Ronan Farrow and other journalists claim they too have been targeted by AMI blackmail threats.

After the death and injuries of counter-protesters in Charlottesville, VA, Donald Trump defended white nationalists who rallied to protest the removal of a statue of Confederate General Robert E. Lee as "very fine people." In his allies at AMI, he has found some more.

There is a broader context here. Amanda Marcotte writes, "Gov. Ralph Northam and the two Democrats behind him in the line of succession have all been caught up in possible career-ending scandals involving racist costumes and alleged sexual assault." The accusations first appeared on a "trolly right-wing website," she writes, and Democrats agree there should be consequences for the men. But Marcotte sees more afoot in these cynical, scorched-earth politics.

"They are political nihilists," Marcotte writes, "who use scandals like this to further their agenda of emptying politics of any morality, hope or substance, clearing the path for a naked power grab." She adds:

But I'd argue that what Republicans are up to here is more sinister than garden variety hypocrisy. Their larger purpose is to push the idea that no one actually cares about racism or sexism, and that all protestations to the contrary are just postures that liberals adopt for political gain. Their strategy is to seed the notion that everyone is a bigot motivated by greed and naked self-interest, so they can then turn around and hold Republicans out as slightly better because hey, at least they're honest about it.

As we have tumbled down this rabbit hole, much of that has been apparent for some time. But now the rabbit hole has a rabbit hole.

From Russia's hacking of the 2016 election, to the Trump family's tax avoidance, to Paul Manafort's and Michael Flynn's lies to the FBI, to Trump Tower Moscow, to Mohammad Bin Salman/Saudi state murder, to David Pecker/AMI extortion, in addition to the worldwide fraud exposed in the financial industry collapse, what ties together this massive, corrupt jigsaw is rich, powerful men convinced wealth shields them from the law — because it has.