Some words to shove in Donald Trump's face, Part DXCVIII

Some words to shove in Donald Trump's face, Part DXCVIII 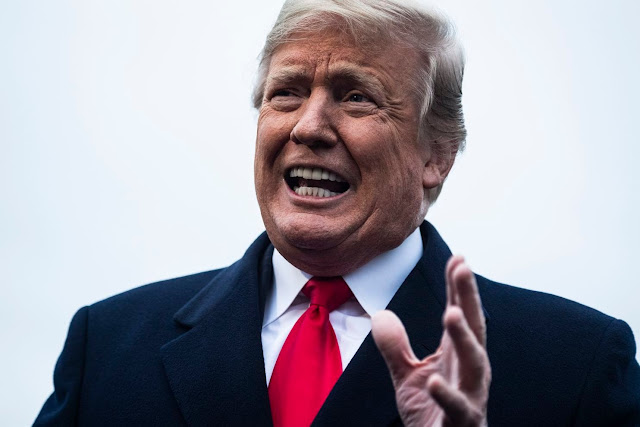 “As you’ve heard, earlier today the FBI after discovering new emails is reopening their investigation into Hillary Clinton… The investigation is the biggest political scandal since Watergate and it’s everybody’s hope that justice at last can be delivered.”

“If Hillary Clinton were to be elected, it would create an unprecedented and protracted constitutional crisis. Haven’t we just been through a lot with the Clintons, right?”

“Hillary is likely to be under investigation for many years, probably concluding in a criminal trial.”

“She'll be under investigation for years. She'll be with trials. Our country, we have to get back to work.”

“Hillary has engaged in a criminal massive enterprise and cover-ups like probably nobody ever before.”

“There's virtually no doubt that FBI Director Comey and the great, great special agents of the FBI will be able to collect more than enough evidence to garner indictments against Hillary Clinton and her inner circle, despite her efforts to disparage them and to discredit them. If she were to win this election, it would create an unprecedented constitutional crisis. In that situation, we could very well have a sitting president under felony indictment and ultimately a criminal trial.”

November 5, 2016 in Denver, CO
“Her current scandals and controversies will continue throughout her presidency and we will make it honestly, look, it's gonna be virtually impossible for her to govern. Now, the Republicans have talked very tough and the Democrats. It's gonna be just another mess for another four years, folks. A mess. We've got to get back to work, right? I mean, we have to get back to work.”

November 6 in Minneapolis, MN
“First thing you should do is get rid of Clinton. Hillary Clinton will be under investigation for a long, long time for her many crimes against our nation, our people, our democracy, likely concluding in a criminal trial.”

November 6 in Moon Township, PA
“The investigations into her crimes will go on for a long, long time. The rank and file special agents at the FBI won't let her get away with these terrible crimes, including the deletion of 33,000 emails after receiving a congressional subpoena. Right now, she's being protected by a rigged system.”

Senior Republican lawmakers are openly discussing the prospect of impeaching Hillary Clinton should she win the presidency, a stark indication that partisan warfare over her tenure as secretary of state will not end on Election Day.

And a third senior Republican, the chairman of a House Judiciary subcommittee, told The Washington Post he is personally convinced Clinton should be impeached for influence peddling involving her family foundation. He favors further congressional investigation into that matter.

“It is my honest opinion that the Clinton Foundation represents potentially one of the greatest examples of political corruption in American history,” said Rep. Trent Franks (R-Ariz.), who leads the Constitution and Civil Justice subcommittee. “Now that perspective may be disproven, time will tell. But given that conviction on my part, I think all options are definitely on the table.”

The impeachment talk is the latest sign that Clinton will not be handed a clean slate — let alone an extended honeymoon — by Republican lawmakers should she win the presidency.

He wasn't wrong, really. The Republicans were planning to initiate impeachment proceedings against Clinton immediately after the election.

But you'd think he would have realized that what was good for the gander would be good for the goose, but he doesn't really realize anything so this is just another example of projection. And I suppose it's one reason his feral survival instinct has led him to concentrate solely on keeping his base with him. It's how he will survive an impeachment trial in the Senate.

But he's running for president again and impeachment or not, the investigative hell of a second term will be worse than anything Hillary Clinton could have ever contemplated.

It's not as if he hasn't been asking for it from the beginning.