A crisis of public sanity by @BloggersRUs

A crisis of public sanity 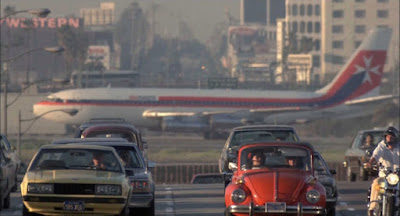 Digby tweeted an article Saturday from a February Texas Observer describing a bill introduced by Representative Matt Krause from the state legislature's far-right House Freedom Caucus. It would not only make it easier for state parents to get exemptions from vaccinating their children, it would prohibit the Texas Department of State Health Services from keeping a record of vaccine exemptions, limiting its ability to respond to disease outbreaks.

Representative Bill Zedler doesn't get all the fuss. He got lots of childhood diseases. He got over them:

“They want to say people are dying of measles. Yeah, in third-world countries they’re dying of measles,” Zedler said, shaking his head. “Today, with antibiotics and that kind of stuff, they’re not dying in America.” Zedler says he’s adamantly in favor of “freedom of conscience” and against mandatory vaccination. “This is not the Soviet Union, you know.”

A six-year-old Oregon boy contracted tetanus from a cut on his forehead and spent 47 days in intensive care and $811,929 for want of a tetanus shot:

On day 57, he was released from the hospital and transferred to a rehabilitation center. He spent another 17 days there. And it took another month after his rehab before he was back to his old activities, including running and riding a bike.

Despite the heart-wrenching saga and “extensive review of the risks and benefits of tetanus vaccination by physicians,” his parents refused another DTaP vaccination—and all other recommended vaccines. That means he’s still vulnerable to a whole slew of vaccine-preventable illnesses and could one day get tetanus again.

I had the #Measles #Mumps #ChickenPox as a child and so did every kid I knew - Sadly my kids had #MMR so they will never have the life long natural immunity I have.

Come breathe on me!

Frank Bruni has heard it before. From the wife of Bill Shine, the soon-to-be former White House communications director (who believes childhood diseases help fight cancer), and from "vaccine hysterics" who prefer their own alternative facts to medical science. Among everything from birtherism to the "Pizzagate" urban legend about child sex slaves in the nonexistent basement of a Washington pizza joint, fear of vaccines is another Internet-fueled popular conspiracy, only one with a public health impact. The anti-vaccine movement has contributed to outbreaks of measles confirmed in 11 states in 2019.

The phenomena are not just a public health crisis, Bruni writes, but "a public sanity one, emblematic of too many people’s willful disregard of evidence, proud suspicion of expertise and estrangement from reason."

Not only that, but an anti-social rejection of any responsibility for the public good that imposes any demands on oneself. In this case, for contributing to herd immunity. As Bruni notes, anti-vaxxers inhabit both left and right on the political continuum. The movement reflects a kind of public embrace of truthiness as the preferred way information vigilantes navigate an increasingly complex world built on facts selectively accepted or rejected.

Armed to the teeth, Edgar Welch drove from North Carolina to Washington to liberate children he believed were Hillary Clinton's captives in the basement of that pizza parlor. He believed nutty rumors because the news is fake. The government lies. Experts aren't. Welch, like pioneers of America myth, would discover the facts for himself ... a man alone, self-reliant, in a car constructed of engineered materials, designed by teams of designers, and fueled by gasoline refined through precisely controlled chemistry and part of a worldwide supply network.

Conspiracies are everywhere. Except where they are not. Some facts do not challenge our identities, our personal autonomy, our sense of how things ought to be. You can trust such "true facts" whatever so-called elitist experts say. In these altered states of America, alternative facts can guide to policymaking as well as dowsing.

Donald Trump has been chosen by God. Lying for him is virtuous and noble. Plundering the commons in his service is forgivable. Evidence is not evidence. Reality has a well-known liberal bias. Billy Pilgrim has come unstuck in time. So have we.